Poor Supercars season 'shook everything up' at Tickford 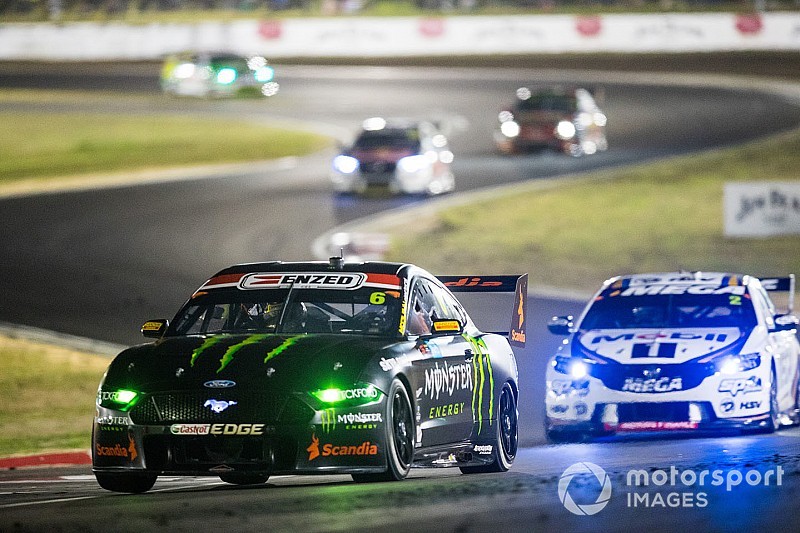 Cam Waters says a poor 2018 Supercars campaign provided the shot in the arm Tickford Racing needed to return to form this season.

The squad endured a difficult final season running the FG-X Falcon platform, Chaz Mostert the only of its four drivers to finish in the Top 10 in the final standings with sixth.

By this point in the 2018 season the team had only one podium to its name, a second for Mark Winterbottom in Perth, and there would only be three more for the remainder of the campaign, two thirds and a win for Mostert.

The 2019 season has provided a much brighter start for Tickford, the squad having already taken a win through Mostert at Albert Park, and total of seven podiums – including thirds for Mostert (Friday) and Waters (Saturday) in Perth this weekend.

Tickford's upswing in form has contributed to the parity debate that's been fuelled by the introduction of the new Ford Mustang, and ultimately led to two rounds of adjustments since the beginning of the season.

However Waters contributes the turnaround to last year's struggles, claiming the difficult season 'shook everything up' at Tickford.

"Last year, as bad as we were going, it was probably almost good for us; really shook everything up at the place and we rebuilt for the second half of last year," he said off the back of his Saturday night podium.

"[We] have really come out the box this year a lot stronger.

“I think it’s just a little bit of everything to be honest. Different structure, different people in different roles, [it] really kind of freshened the place up a little bit and everyone’s really motivated.

"The Mustang coming online really motivated everyone a little more as well, not that we really needed it, because we didn’t. We weren't not motivated, I guess, last year, we were keen to get back to where we should be.

"Everyone’s done a really good job to roll out where we are this year, to improve the cars. There’s plenty more to come from us."

Waters is also confident that he and his Tickford teammates can fight for more wins this season, although he admits that'll require hacking down the current advantage enjoyed by the Penske Mustangs.

"Obviously there's another Mustang that's a fair way down the road for Chaz and myself and the other cars," he said.

"For us, it's more about closing that gap. Once we do that, there's definitely a chance [to win].

"On my given day I think I can win. We probably need to improve on our car speed a little bit, but qualifying is where it all happens, and I've been pretty consistent top five in most qualifying sessions.

"That's where it all starts, if you can be up there then anything can happen."