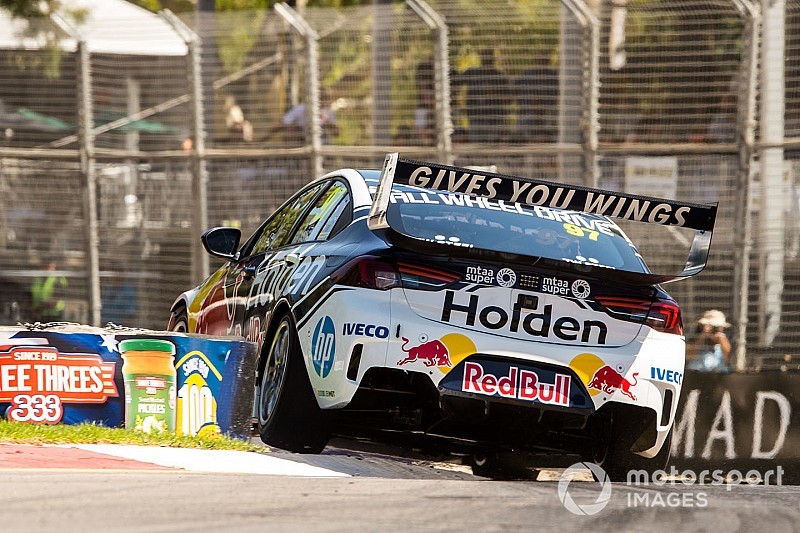 Holden is currently engaged in 'positive' talks over an extension of its factory Supercars team deal with Triple Eight Race Engineering.

Holden switched its factory backing from Walkinshaw Racing to T8 ahead of the 2017 season to create the Red Bull Holden Racing Team, on what was a three-year deal running through to the end of 2019.

Talks between the manufacturer and T8 regarding 2020 and beyond have now begun, Holden's marketing boss Kristian Aquilina confirming that they are positive, but staying tight-lipped on details and timelines.

"Talks are ongoing, they're positive, and when we've got something to say about that we're happy to have a chat," he said.

"At the moment, those talks are between the team and ourselves, that's the best way to keep it until we land on what the arrangements are going forward.

"We're positive about a continuing relationship with Triple Eight. We're just talking through what that looks like, the shape of that, and we've got a bit more time to talk about it.

"There is no gun to our head. No deadline.

"The people who need to know where things are at are well-informed, they can all make the right decisions on what they do next.

"We have a very good relationship with [Triple Eight]. They are doing a fantastic job. It is positive."

Holden has increased its backing outside of its T8 relationship this season, with a parts and road car package for all of the teams running Commodores.

However Aquilina says that deal won't affect the talks regarding the fully-fledged factory outfit.

"The Triple Eight/Holden discussion is happening in isolation to the things we're doing with the other teams," he said.