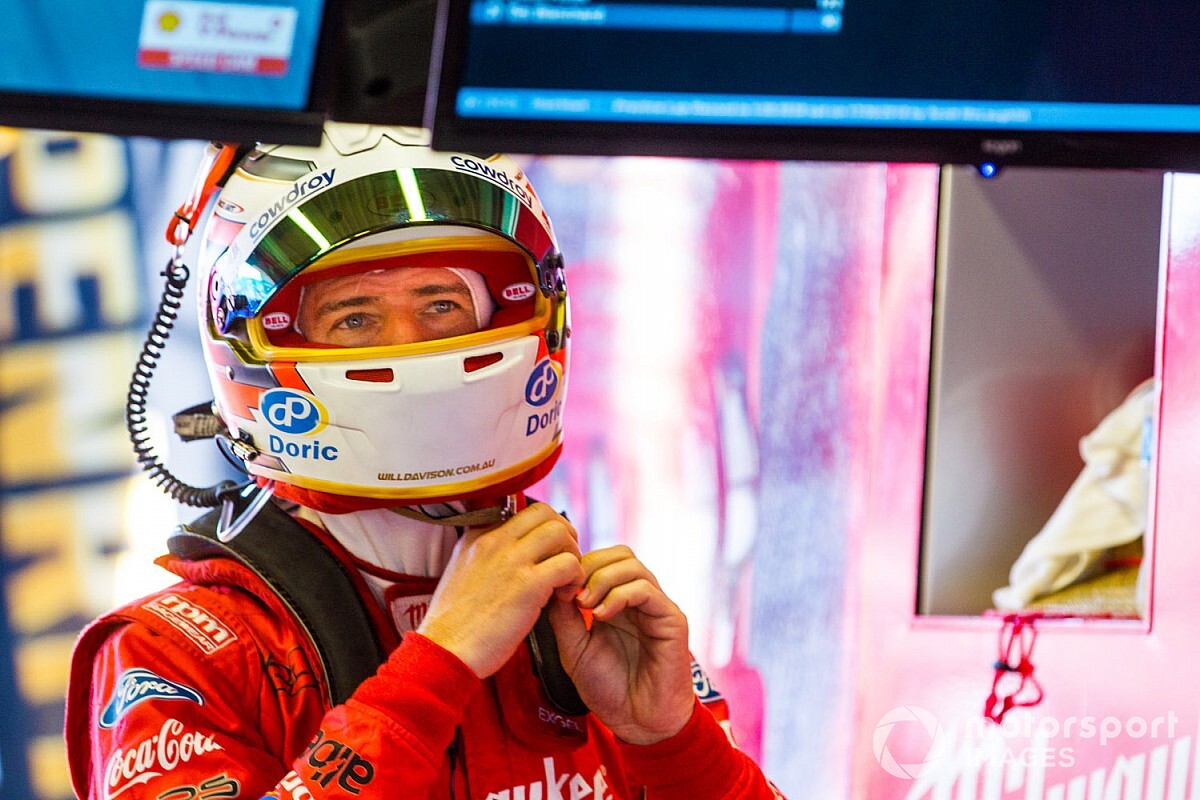 A late lap put Tickford Mustang driver Will Davison on top of a rain-affected opening Supercars practice at Pukekohe.

Light rain greeted teams for the start of the 30-minute session, which meant running was limited for the first few minutes.

As conditions started to improve the likes of Garry Jacobson and Richie Stanaway dipped into the mid-1m04s.

Times then really started to tumble at the mid-point of the session, Scott McLaughlin charging to the top with a 1m02.911s.

Moments later Stanaway side-swiped the wall coming onto the front straight, the subsequent trip through a foam advertising board leaving the track covered in debris.

"I just got caught out by setting the speed over the hill, because the track was drying out so it was hard to gauge how hard to attack," he explained.

"I ran wide slightly and because the grass is wet it sucked the car towards the wall. I didn't realise the left-rear suspension was bent, so I nearly had a bigger crash just re-joining the circuit.

"I'm just glad the car didn't spit me off into the inside fence or anything and have a major issue.

"It's just a lower left-rear suspension arm and some scraped panels.

A smattering of rain following the restart meant there was little in the way of meaningful improvement for several minutes.

It wasn't until the final 90s that the session really came alive, Shane van Gisbergen going fastest with a 1m02.655s.

He was then immediately edged by a 1m02.518s from McLaughlin, before Davison topped the lot with a 1m02.445s right at the flag.

"I just tried to be patient. We don't have that many slicks today, so I didn't want to take anything out of them in those greasy conditions," said Davison. "But I knew if it stopped raining for a minute, you had to be out there to try and get one lap.

"We did that, we timed it perfectly. I'm not going to read into it too much, but the balance of the car felt really good."

Davison's late improvement shuffled McLaughlin and van Gisbergen back to second and third, the latter admitting he had his hands full with Holden's new aero package.

"Interesting, just getting a feel for the new aero stuff," he said.

"The car is quite different in the high-speed, not in a good way. So we're going to have to balance that and try and learn it. Hopefully we'll be better this arvo."

Mark Winterbottom was eighth, with Jacobson and Simona de Silvestro leading the way for Nissan in ninth and 10th.