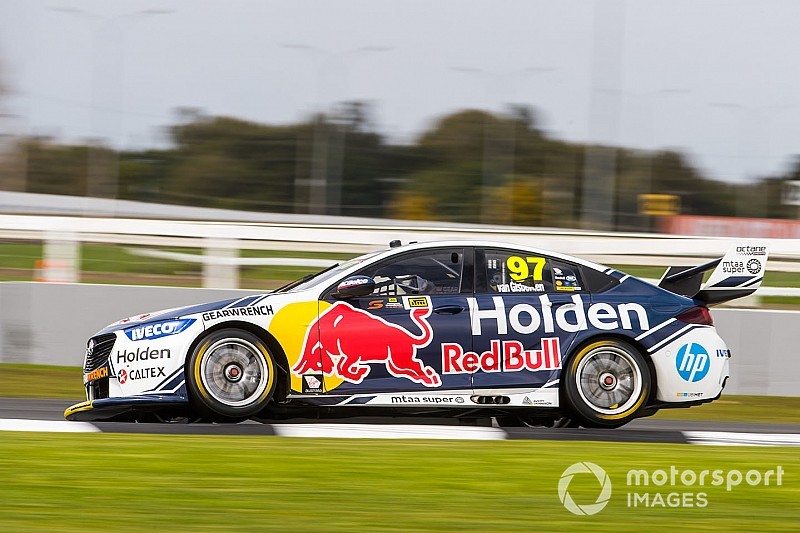 The big guns fired early in the 20-minute session, Chaz Mostert going quickest on his first run with a 1m02.009s, followed closely by Scott McLaughlin and van Gisbergen.

At the six-minute mark Cam Waters made the first appearance in the ones, lowering the benchmark to a 1m01.929s.

Momentum swung back in Tickford's favour as the crucial final runs kicked off, Waters going quickest with a 1m01.698s as Will Davison moved into second place.

At the same time van Gisbergen looked to have ruined his run with a costly slide at the back chicane, forcing him into a second lap on his tyre set.

But a spectacular middle sector helped the Red Bull Holden driver to pole right at the flag, van Gisbergen gapping the Tickford Mustangs by 0.15s.

It's just the second pole for a Commodore driver this season, and comes off the back of a fresh round of aero tweaks.

"I just fired up man, there's nothing like racing at home. With all the people here cheering us on, it's such a cool feeling," said van Gisbergen.

"The first lap of the second run I mucked up, and then I put it together for the last one. I'm super stoked. The race is going to be tough with a bunch of those Fords behind us and the weather coming."

Mostert made it a three-car Tickford train behind van Gisbergen, while Fabian Coulthard made a rare appearance ahead of Scott McLaughlin, the Penske pair locking out the third row.

David Reynolds was the second-best Holden driver down in seventh, followed by Lee Holdsworth, Anton De Pasquale and Nick Percat.

Jamie Whincup was a surprise omission from the top 10, the seven-time champ more than half a second off his teammate's pace down in 12th.