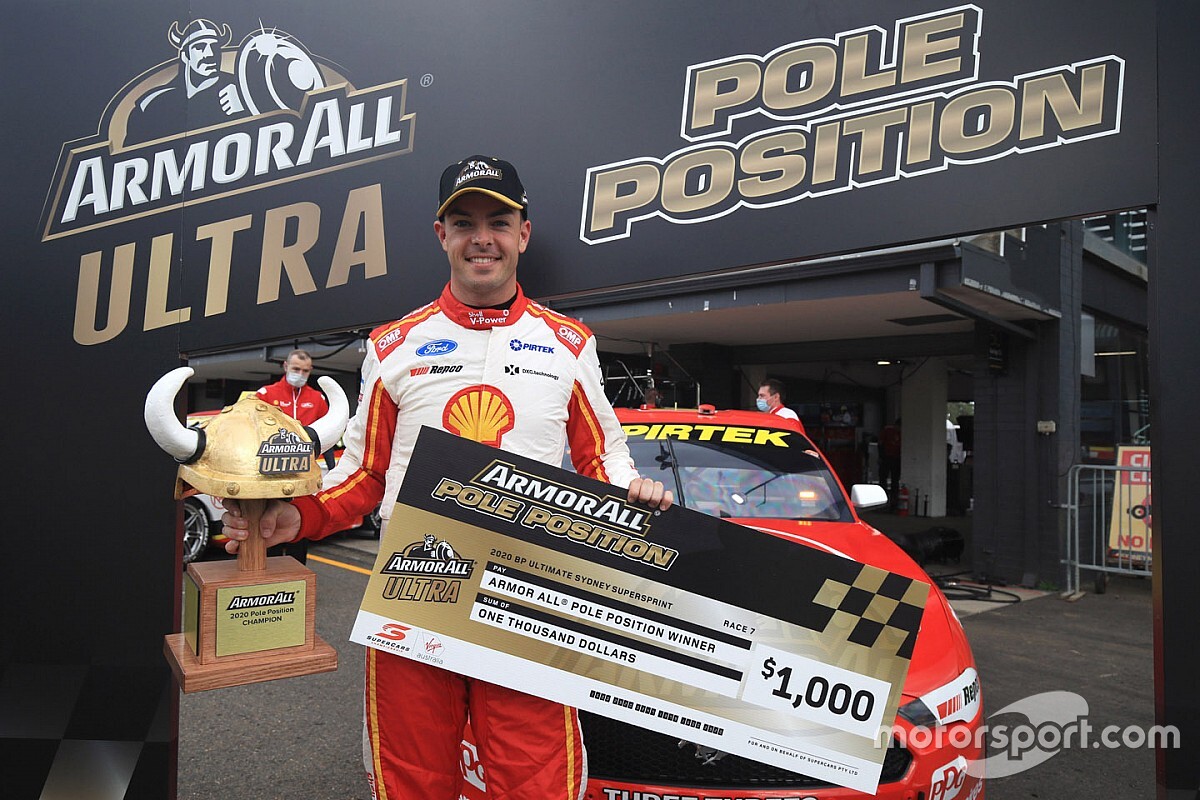 Scott McLaughlin stormed to the first pole position of the post-lockdown Supercars season with an impressive Top 15 Shootout effort in Sydney.

Having been pipped by Triple Eight drivers in both practice sessions, McLaughlin wasted little time showing his hand when qualifying kicked off.

"To get the first pole after being back is pretty tough and I’m pretty pumped for it,” said McLaughlin.

“The track rolled out probably not as fast as we thought and then as the rubber has gone down it’s gotten quicker and quicker.

“So I was fully expecting that was going to be a quick lap for everyone, so I just had to have a crack and see what happened.”

Shane van Gisbergen will share the front row with McLaughlin after making up four spots in the Shootout compared to Q2.

That was nothing compared to Cam Waters' improvement, though, the Tickford driver making up 11 spots to qualify third.

Chaz Mostert made up five spots to qualify fourth, while Whincup dropped three positions in the single-lap dash as he fell back to fifth.

Nick Percat and Lee Holdsworth made up five spots each to qualify sixth and seventh respectively, followed by Scott Pye, Anton De Pasquale and Fabian Coulthard, the latter half a second behind his Penske teammate.

Rick Kelly will start 15th after picking up a kerb strike on his Shootout lap.

The biggest name missing from the Shootout was David Reynolds.

The Erebus driver triggered a kerb strike on the first lap of his first Q2 run, the second lap on the same set of rubber only good enough for 14th.

However instead of going for a second Q2 run he rolled the dice on saving a set of tyres, the gamble not paying off as he was dumped down to 18th.

"We rolled the dice because if you make the Shootout you've got to have green tyres around here, otherwise there is no point partaking in it," he explained.

"Unfortunately we're starting 18th, which is dismal, but today is all about getting back into the rhythm. It's good to actually be back racing again, I'm just happy to be here."

James Courtney, meanwhile, didn't even make it out of Q1 on his Tickford debut.

He'll start 21st after being bumped out by a late lap from Alex Davison – the man who replaced him at Team Sydney, and brother of Will Davison, the driver Courtney replaced at Tickford.