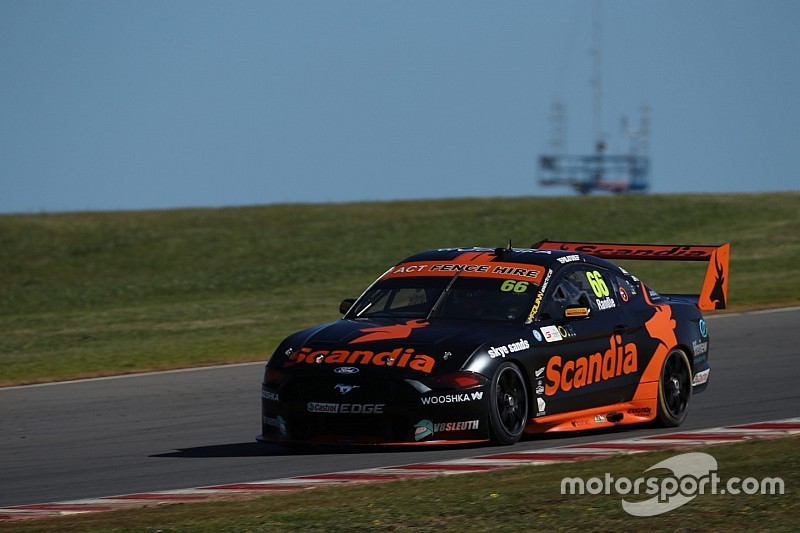 Thomas Randle says he's "pinching himself" after ending his first day as a main game Supercars driver among the pacesetters.

The Tickford Racing wildcard entrant made a sensational start to life in the top tier by going quickest in the additional drivers session this morning.

He was then fourth quickest in the first open session, the only driver to beat his earlier benchmark Scott McLaughlin.

To cap off a successful first day Randle then ended up 10th in the second open practice session, which means he'll go straight into Q2 and can't start any lower than 16th for tomorrow's race.

"I'm still pinching myself to get into the [Top] 10, first time around.

"It was something in the back of my mind but knowing how tough the competition is here...

"In Practice 2, [with] everyone running on a green set at the end, we knew it was going to be tough – but we just managed to get the lap in.

"[I'm] still a million miles away from [pacesetter Scott McLaughlin], but really happy for all the guys."

While happy with his progress on Day 1, the Super2 race winner says he'll hold declaring that he belongs in the top tier until after this weekend's two races.

"We’ve still got two long races to come. That’s going to be where it counts, to see how I race against the other guys.

"To be automatically in the Top 16 [on the grid] is really good, and hopefully we can move up a few spots in Q2, but yeah, it’s just going to be a completely different ball game. This level of drivers, and we’ve got pit stops, and there’ll be so many new features for me.

"So it’s going to be a lot of rapid learning across the rest of the weekend."

Erebus would be "very surprised" to lose Reynolds

McLaughlin to return for Bathurst

McLaughlin to return for Bathurst