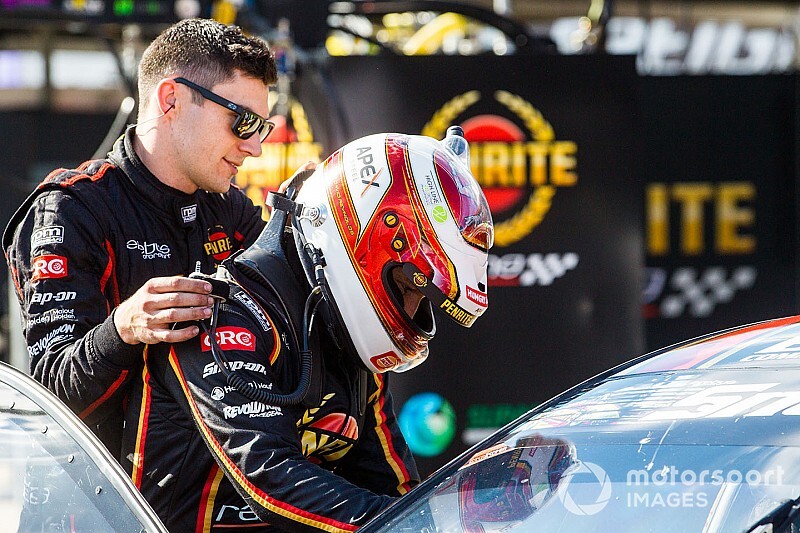 David Reynolds has sacrificed his preferred seat position to help give co-driver Luke Youlden a boost at this week's Bathurst 1000.

Ahead of Reynolds and Youlden's third Great Race tilt together, Erebus has tweaked the cockpit in the #9 Holden to better suit Youlden's longer frame.

Both the seat position and the pedal box have been changed, requiring primary driver Reynolds to run a seat insert.

The new set-up was trialled at the team's pre-Bathurst test at Winton last week.

"Normally what happens is we run my seat, and he's in a super compromised position," Reynolds told the Below the Bonnet podcast.

"He's quite a big fella, I'm a little fella.

"The way he brakes the car, he couldn't do it the best. So we've made a new seat and I've had to make an insert, we've moved the pedals around for him.

Despite having to make a small sacrifice himself, Reynolds is confident the change will pay off based on Youlden's pace during testing.

"He did a good job. He hasn't driven the car much this year and he jumped in and he wasn't far off me," Reynolds said.

"Three-tenths, maybe, which is probably the closest he's ever been to me on a test day."

Following the Winton hit-out Youlden said the changes were an improvement on previous years, and that he's more "comfortable and confident" than ever before.

“It’s the happiest I have ever been heading into Bathurst,” he said.

“We spent a lot of time working on driver comforts, and although there is always compromise, it’s a lot better.

“We are approaching Bathurst the same as we always have, but getting these things right is more important because we don’t have a second chance like we have had before.

“We went through a lot of things [at the test] and ticked a lot of boxes. I feel the most comfortable and most confident I have heading into the enduros."

Reynolds and Youlden have a spectacular record together at Mount Panorama, combining to take a fairytale win for the Erebus squad back in 2017.

They dominated much of last year's race too, but were denied back-to-back victories when Reynolds suffered severe leg cramps during his final stint in the car.

The Bathurst 1000 preview episode of Below the Bonnet is available right now.