Erebus Motorsport has confirmed that the David Reynolds/Luke Youlden car will take part in all of today's running at the Bathurst 1000 thanks to a long night of repairs. 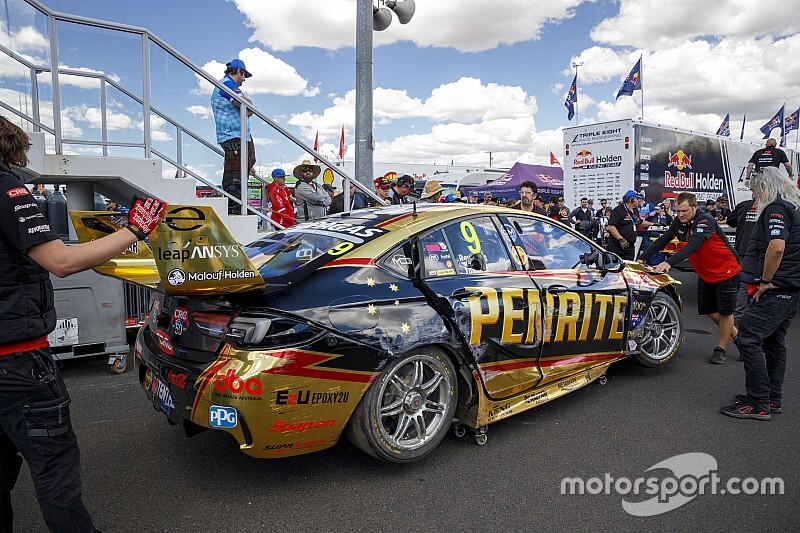 The #9 Holden was badly damaged when Youlden hit the wall during the dedicated co-driver practice session yesterday, forcing the 2017 Great Race winners to the sidelines for the hour-long evening practice session.

Initially the team was aiming to have it back on track for this afternoon's qualifying session, happy to forgo the two practice sessions if needed.

However the crew was able to finish repairs overnight, conducting an engine fire-up at 5am.

That means Reynolds and Youlden are set to now take part in all of today's running.

“Initially when we saw the damage, we doubted that we would be able to make it out again, but the more we worked on it we realised the main chassis rail was fairly straight and the safety structure wasn’t compromised,” said Erebus boss Barry Ryan.

"Everybody worked their arses off. Minimal crew [members] still haven’t been to bed yet but we managed everyone to ensure that we still had fresh crew for today.

“We have done a bit of extra work that we probably didn’t need to do; we could have done it good enough, but we wanted it to be perfect.

We just need a good check over the car with some fresh eyes and we’re back to normal.

“We’d like to thank the teams that helped, or offered to help, particularly Penske and Tickford who gave us stuff to help us get the job done.”

Slade no certainty to stay at BJR for 2020