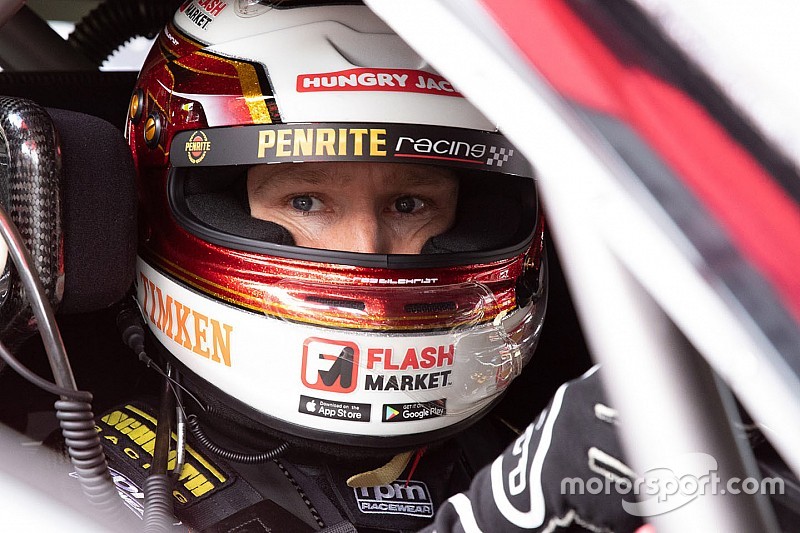 Supercars stars David Reynolds is hoping a crucial test at Winton next Wednesday will ease his general dislike of racing at the circuit.

Erebus will use one of its two remaining test days for the year at the Winton circuit next Wednesday, in a bid to best prepare itself for the sprint round there later this month.

While testing at Winton is nothing new to the Melbourne-based team, with the Benalla circuit its nominated test venue, Reynolds reckons it's a unique opportunity to be heading there just a week before competitive track action kicks off.

It's also given him some fresh enthusiasm for testing and racing at a circuit that he, in a general sense, isn't overly fond of.

"We’ve got a test day there before the actual round for once, so we’ll throw some stuff at it and see what happens

"This is our first time ever we’ll test at Winton before we race there. Most of the time, the way the year rolls, you never get a break before it and it’s been too rushed for the teams, or we’ve been building cars, or shit has gone wrong for us.

"So we’ve never had a test day before we race there.

"Even though I hate going to Winton, it might be okay this year. Last year we didn’t have much pace and the front fell out of it in qualifying.

"We had mechanical dramas and it didn’t have much pace. It’s a tricky track."

The test will give Erebus a chance to further refine a more simplified set-up philosophy, which Reynolds says yielded more positive pace during last Saturday night's 200-kilometre race in Perth.

"We actually went back to more of a basic set-up [on the Saturday] and it worked. I wish we had that at the start of the weekend," he said.

"We kind of did have that at the start of the weekend, but we kind of went up and down and whatnot.

"It was challenging, but we got there in the end, it was probably too little too late."

Reynolds added that a key to rediscovering some pace across the Perth weekend – Reynolds and Anton De Pasquale finished 10th and 13th on Friday and then sixth and seventh on Saturday – was using varying degrees of the same set-up across the two cars.

"We were doing similar stuff, going down the same direction, but having different numbers put in the car," he said. "[We were] trending towards the same direction but not exactly the same stuff, so that was good to see.

"Normally we just do the same shit all the time, so it’s good to do different stuff."

Brad Jones Racing will also run its three cars at Winton next Wednesday.

The two-day Winton SuperSprint round kicks off on May 25.