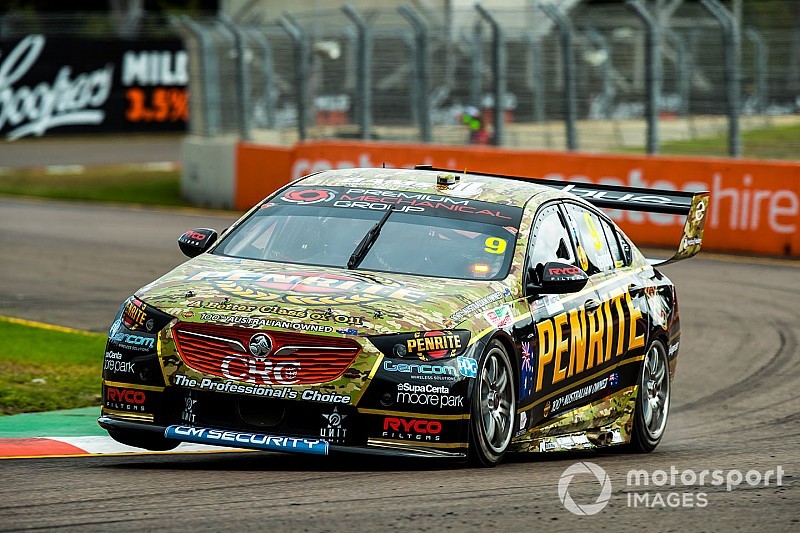 David Reynolds says he won't hold anybody personally accountable for the pitstop blunder that potentially cost him a podium in Townsville this evening.

The Erebus driver had been in contention for a top three finish on the Townsville streets, but had his race unravelled by a slow second stop due to a left-rear wheel nut issue.

The incident was immediately followed by a heated TV interview with Erebus CEO Barry Ryan, who hinted at changes to the active crew off the back off the blunder.

“We can only train the guys so much before we have to replace them and find someone that can do the job better," he told Fox Sports.

“We just spent a lot of money on brand-new wheel nuts, brand-new rims, everything because we were told we needed new stuff. So I don’t know. It’s just education, it’s all it’s got to be. So we’ve got to just educate our guys better.”

Reynolds, however, took a more philosophical view after the race, claiming that he won't blame anybody specifically.

"That's just the way it is. Sometimes it's not even their fault, it could be a wheel nut tolerance thing and the heat may have expanded it.

"I don't like blaming anyone for anything, I'm not that sort of person. If anything I blame myself. I think, 'I probably didn't put it on the marks'.

Reynolds also refuted the notion that the incident had cost him a shot at victory, despite the fact that he comfortably led the opening stint of the race.

"Our car wasn't up to it. My first stint was really good, I was really happy with that. Then I'm not sure what happened in the second and third stints," he said.

"The pace wasn't there. It just didn't feel as good. McLaughlin passed me like he was on soft tyres and I was on hard tyres, so there's nothing you can do about that.

"I think [Jamie] Whincup had my measure. I maybe could have got [Chaz] Mostert. He had pace, but the last 10 laps of each stint he faded a bit.

"So maybe if I'd popped out behind him I could have got him."