Reynolds 'pulled his socks up' after teammate scare 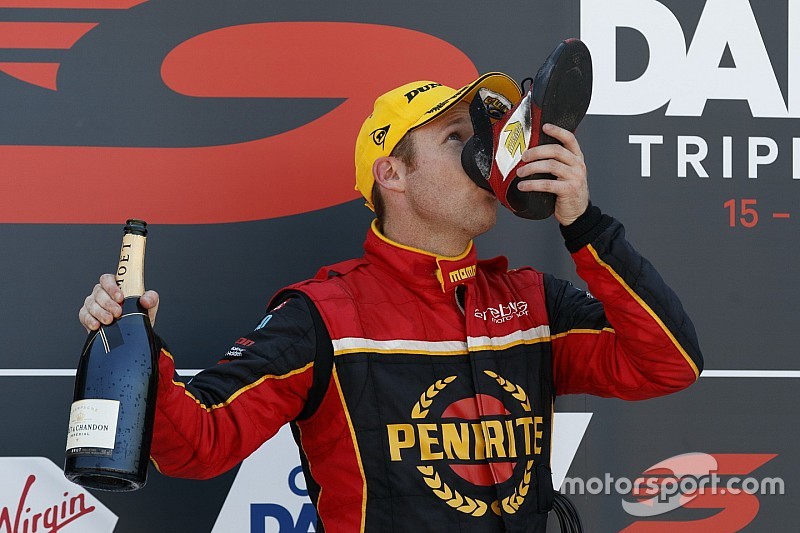 David Reynolds says he 'pulled his socks up' after being surprisingly out-paced by teammate Anton De Pasquale in qualifying for Sunday's race in Darwin last weekend.

Reynolds was just 10th fastest in regular qualifying for Sunday's 200-kilometre race, while rookie De Pasquale – who had never raced at the Hidden Valley circuit coming into the weekend – was third fastest.

It was just the third time Reynolds had been out-qualified by an Erebus teammate since joining the squad two seasons ago, De Pasquale breaking the team's lead driver's streak on the Saturday at Phillip Island back in April, before doing it again on the Sunday.

Reynolds did make amends in the Top 10 Shootout in Darwin, banking fourth on the grid with his single-lap effort while De Pasquale dropped back to 10th.

After going on to win Sunday's race Reynolds admitted that De Pasquale's qualifying pace directly influenced his own Shootout effort – and added to his ongoing praise of the role the young gun is playing in Erebus' front-running form.

"Anton did a fantastic job for us," said Reynolds. "I’ve been saying all weekend I’ll probably end up losing my job to him; he’s pretty good.

"He qualified amazingly, he ended up third before the Top 10 Shootout. I was just in the Shootout in 10th so he made me pull up my socks and do a good lap. He’s done a fantastic job.

"In our cars we run two different set-ups all weekend and it’s just proven equally as competitive in both sides of the garage, so it’s probably the best weekend we’ve had as a team."

Having shown glimpses of genuine pace last season – including that fairytale Bathurst 1000 win – Erebus has stepped up as a proper contender this season, Reynolds consistently running at the front and currently sitting fourth in the points with two race wins so far.

However, according to Reynolds the success hasn't come at the expense of the small Melbourne-based outfit's left-of-centre outlook.

"We’re just a bunch of workers, we just talk shit, we have a giggle and have a laugh," he said. "We’re serious about racing, but when we’re not racing we’re just making jokes and piss-farting around, just trying to create a good working environment.

"Most of the time they’re reasonably happy people, there are no egos in the team. We’re a small team, everyone’s got a really funny personality, [come] from all walks of life, and it’s interesting."

Reynolds also played down any schadenfreude regarding Tickford Racing's current struggles, focussing on Erebus' form rather than his messy split with the Ford team back in 2015.

"Well I try to make every situation I’m in the best I can, so regardless if they… you know, [Erebus] started at the back of the grid a couple of years ago and we’ve worked our way to the front," he said.

"I’m nothing but proud of everyone that’s been involved along the whole way, so everyone should be extremely proud."

Erebus opts for temporary Queensland base