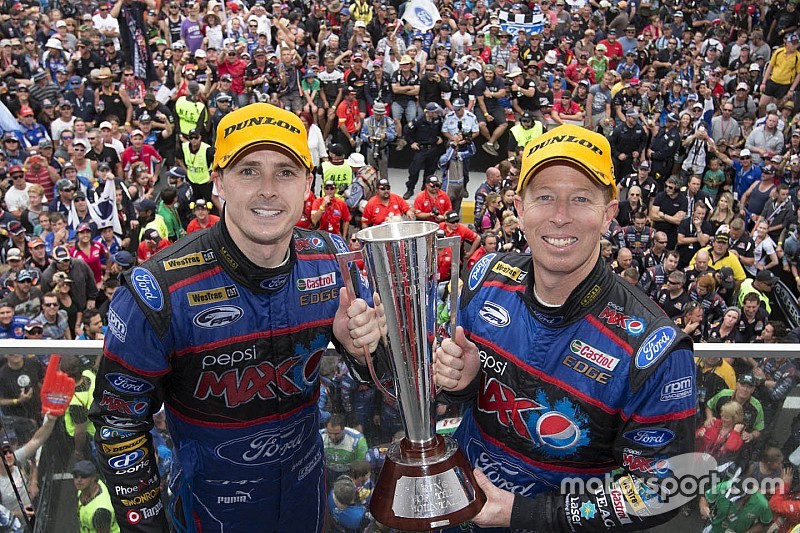 Steve Richards is set to partner Mark Winterbottom in a Team 18 Holden at the long-distance Supercars races later this year.

However he's still set for a plum drive at the long-distance races, with a spot alongside Winterbottom at a heavily revised Team 18 outfit.

He'll still be racing a Triple Eight-built Holden too, thanks to the single-car squad's new technical alliance with the Queensland outfit.

The deal will also revive a Bathurst 1000-winning partnership, Richards and Winterbottom combining to win The Great Race back in 2013 in a Tickford Ford.

The 2013 triumph is one of five Bathurst wins Richards has to his name, the latest coming last year with Lowndes at Triple Eight.

Team 18 owner Charlie Schwerkolt told Motorsport.com that a deal with a yet-to-be-named driver is in place, but that nothing will be confirmed until the team's season launch next month.

"We have got a driver locked away, but it's yet to be announced," he said.

Richards was unable to comment on his enduro plans when asked by Motorsport.com.

In other enduro driver news, Tom Randle is set to partner Lee Holdsworth in a Tickford Racing Mustang at the long-distance races.

Randle, who won last year's Mike Kable Young Gun award after an impressive rookie Super2 campaign with Tickford, will continue to race in the second-tier with Tickford ahead of making his main game debut at the Bathurst 1000.