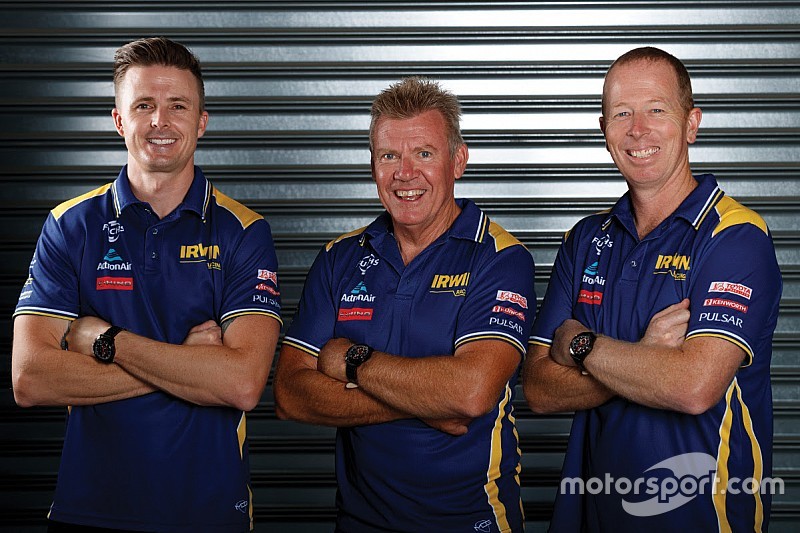 Team 18 has confirmed that it has signed reinging Bathurst 1000 winner Steve Richards to partner Mark Winterbottom for the 2019 Supercars endurance races.

As exclusively revealed by Motorsport.com earlier this month, the four-time Bathurst winner will revive the partnership with former Tickford teammate Winterbottom for the single-car Team 18 squad for the long-distance races this year.

The pair are no stranger to Bathurst success, having won The Great Race together in a Tickford Ford back in 2013.

This time, however, they'll be in a Holden, Winterbottom having made a sensational brand switch as part of a heavily-revised, Triple Eight-backed Team 18 effort.

“Form guide-wise, to pick up the current Bathurst champion as a co-driver, that’s as good as you can get," said Winterbottom.

"Richo and I have been mates for years and we’ve had a lot of cracks at Bathurst together, and had some really strong enduro campaigns, but unfortunately only have one win to go against our names together.”

Winterbottom added that having Richards come in straight of a stint as a T8 co-driver, which yielded Bathurst wins with Craig Lowndes in 2015 and 2018, will be a big bonus.

“Leading into the enduros this year, with Bathurst being Round 1, I think experience will be even more crucial than ever," he said.

"And Richo has that experience with a Triple Eight car, so he is the perfect asset to pick up with his ability, knowledge and talent.

“I think the credibility of the team is really good at the moment and people can see good things are happening.

“To land [Richards] is another benefit for the team. He’ll play a role all year, come to tests, come into the workshop and he’s another smart head we’ll have at the team.”

For Richards, the deal is the perfect recovery to being left out of T8's enduro line-up due to Lowndes stepping back from full-time competition.

“After last year a new opportunity opened up for me, and Frosty indicated a vision Charlie had for the team and how they were going to move forward which sparked my interest,” Richards said.

“I’m really looking forward to what lies ahead. Frosty and I have always kept in touch and remained good friends since we finished racing together.

"I’ve got a lot of respect for him and his ability, and I’m really excited to team up again and hoping to replicate what happened for us in 2013.”