Nissan Motorsport has finished the Gold Coast 600 weekend off on a high, taking two top 10 placings at the Surfers Paradise street circuit today. 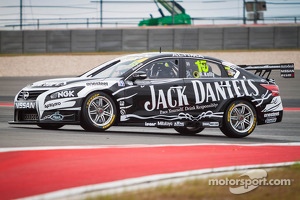 After yesterday’s chaotic event that yielded a best Nissan finish of 11th place (Kelly/Reindler), the Nissan squad came out on Sunday to prove it can mix with the front-runners.

That point was driven home in qualifying when James Moffat drove the wheels off the #360 Norton car to claim second on the grid.

Moffat and co-driver Taz Douglas ran strong and looked like finishing seventh, only for Moffat to leave the track at the back chicane and damage the front suspension with 12 laps remaining. It was the #360 car’s second DNF after an engine failure in Saturday’s race.

While Moffat failed to finish, Caruso took 10th in the second Norton car, but rued some cruel luck that kept them out of the podium hunt.

At the final driver change and pit stop. Gaunt handed the Altima over to Caruso, but a Safety Car period less than two laps later meant that he lost time to his rivals, dropping him down to 12th place. He made it past two drivers to take his third top 10 finish of the year.

Todd Kelly and David Russell, driving the #7 Jack Daniel’s Racing Altima, were forced into retirement by an engine issue before Kelly even had the opportunity to get behind the wheel of car #7. Russell had been running fifth at the time ahead of eventual podium finishers Ryan Briscoe and Luke Youlden.

“EP (Erik Pender) and the team really gave me a rocket today and I didn’t get enough out of it during qualifying, so I need to put my hand up and say that I didn’t take the piss as much as everyone else on the kerbs and that put us back a little bit,” said Rick Kelly.

“In the race Karl (Reindler) did a good steady job at the start and as soon as I got in on used tyres we could just truck along so well.

“We pulled away from Lowndes and made some good track position up and we got caught up in the last stint, and with the straight line disadvantage we have, I just couldn’t get to the guys in front to be able to pass.

“Really exciting day for us because we had the ability to win, but also a little frustrating because we finished sixth, but one of the best results we’ve had this year, so I have to be excited.”

“I’m really happy, especially after yesterday, having led 21 laps it was nice to be up the grid further today,” said Karl Reindler.

“We played it very differently with the strategy today and it worked out in the end and I think sixth is a great result after a long day.” 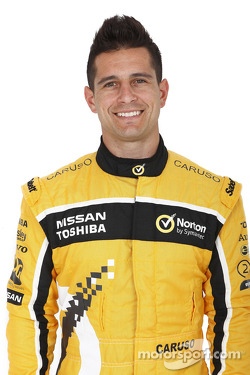 “We had fantastic car speed today. We got it up to P3, and when I jumped in the car, the Safety Car came out and ruined our race,” said Michael Caruso.

“Our calculations say that we should have been around P5 with a car to attack. But we ended up P12. We picked up a couple for 10th, and I don’t want to sound too down, but I strive to win races, not finish 10th.

“It wasn’t the results we wanted in the endurance races, but at least there’s some consolation with this result.”

“I wasn’t happy with my stint. I was defending from one of the FPR cars and I pushed too deep into Turn 11 and torched a right front tyre,” said Daniel Gaunt.

“It hurt the stopping power of the car and hurt my speed for the rest of the stint.

“To come away with a top 10 is great. Caruso drove fantastic all weekend. We were unlucky yesterday with the upright failure, but this top 10 makes up for it.”

“I’m not entirely sure what happened. Either something was breaking or I messed up and broke the front suspension myself,” said James Moffat.

“It’s disappointing. We had a good finish on the cars, but it didn’t end up that way.

“It was a positive to qualify on the front row. The car had good speed, but it was a good day for the team with Rick (Kelly) and Michael Caruso both in the top 10.”

“We had speed in the car. James did an awesome job, qualifying second, so it’s disappointing for all of the Norton team.

“I made an average start and dropped back a bit. I didn’t have the tyres up. I trucked on OK, and we were in P6, but something failed. Again, disappointing, and no good for James’ championship because we got no points.”

“Very disappointing day for us, that’s the second Sunday in a row I haven’t even done a lap, so it’s frustrating, but a good day for the team with two cars in the top 10,” said Todd Kelly.

“We had the same engine drama in car #360 yesterday and today I think the temperatures really made it difficult for us and eventually caused a failure.

“We’ll look ahead now and try and finish the season on a high note.”

“We had a really strong car, it was really looking after its tyres, so we made our way forward and we were in the top five when we had an engine drama,” said David Russell.

“I’m disappointed for Todd, because he didn’t get a change to jump in the car and we would have been running very strongly.”