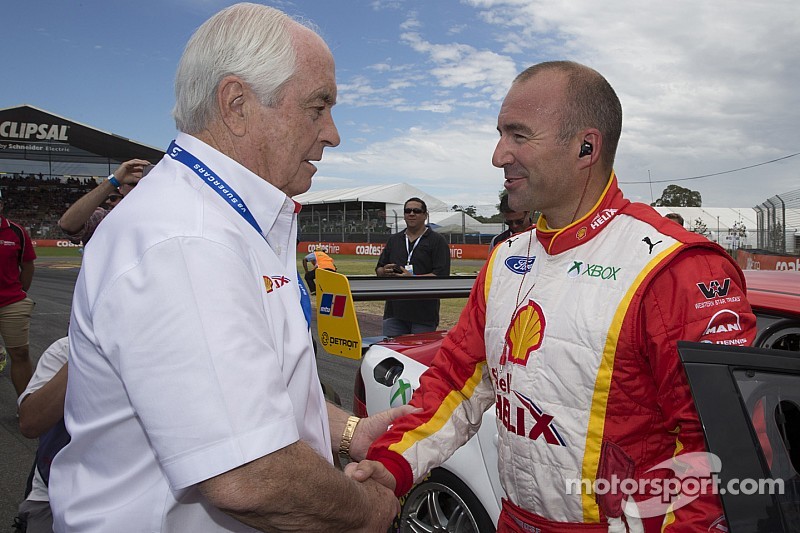 Speaking with Motorsport.com, 'The Captain' discussed his new motorsport endeavor.

LAS VEGAS – When Roger Penske looked to expand his racing empire in Australia with a V8 Supercar team, he turned to Marcos Ambrose to lead the effort behind the wheel.

Although Ambrose had not competed in the series since 2005, Penske was familiar with the 38-year-old Launceston, Tasmania native following his nine-season stretch in NASCAR.

Ambrose was stellar on road courses during tenure in the States, winning twice at Watkins Glen and posted a remarkable average finish of 6.1 on the 2.45-mile course in seven Sprint Cup starts.

Overall, I’d say we had a very good weekend. We’re learning a lot about the cars ... Marcos is very excited to race back in his home country.

While Ambrose has struggled for success since returning V8 Supercars last December in the Dick Johnson Racing Ford, Penske is pleased with the progress he witnessed last week Down Under with the Aussie slowly improving and picking up speed.

“We had a great weekend in Australia last weekend in Adelaide,” Penske told Motorsport.com the Las Vegas Motor Speedway paddock on Saturday. “If you can believe it, 98,000 people for the Sunday race on a road course. I’ve never seen anything like it – the fans, the families. The whole event was run very professionally.

We had big sponsor events over the weekend and you would have thought he’d been with us for years. He’s a terrific guy.

“Marcos struggled a little bit the first day but on race day, he qualified ninth which was a big step for us. We finished 12th – so that’s halfway up the grid so far. Overall, I’d say we had a very good weekend. We’re learning a lot about the cars. The team is brand new, the people. I think it was a very good first step and certainly, Marcos is very excited to race back in his home country.”

This season Ambrose is driving the No. 17 DJR Team Penske Ford Falcon FGX. In the third race of the opening round of 2015, the driver's 12th-place finish was his best result since joining the club. Outside the obvious hurdles DJR Team Penske is facing, they also go into this venture as a single-car operation and with the cloud of Ford slowly pulling its factory backing from the series.

On a personal note, the Captain says Ambrose has acclimated nicely into the Penske organization.

“So far he’s been great,” Penske said. “We had big sponsor events over the weekend and you would have thought he’d been with us for years. He’s a terrific guy. We’re very fortunate to have that kind of combination where the driver makes such a difference on and off the track. And he’s hitting all the buttons on that for sure.”