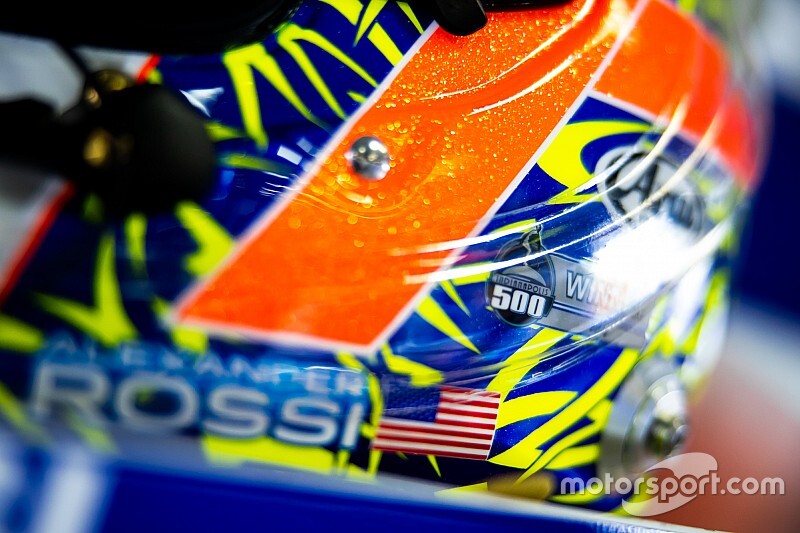 Alexander Rossi has put the helmet he used at last year's Bathurst 1000 up for auction to raise funds for bushfire relief in Australia.

Following the lead of two-time Supercars champ Scott McLaughlin, Indy ace Rossi has listed the lid he used for his one-off Mount Panorama start on eBay.

The auction will run for the next five days, with all proceeds to be donated to WIRES (NSW Wildlife Information, Rescue and Education Service Inc).

"You all know what’s happening in Australia and millions of animals have died, which breaks my heart," wrote Rossi on Facebook.

"V8 legend Scott McLaughlin inspired me to get involved, so I’m auctioning off my 2019 Bathurst 1000 helmet. All proceeds go directly to WIRES Wildlife Fund to help with animal rescue and rehabilitation."

As fires continue to devastate parts of New South Wales, Victoria and South Australia, a number of motorsport personalities have donated to the cause.

The top bid for a helmet and suit won by McLaughlin during the 2017 Supercars season is still sitting at just over $46,000, which will become at least a $92,000 donation once the Kiwi matches the winning sum.

Meanwhile an auction for Toby Price's starting jersey and pants from this year's Dakar is sitting at just over $13,000.