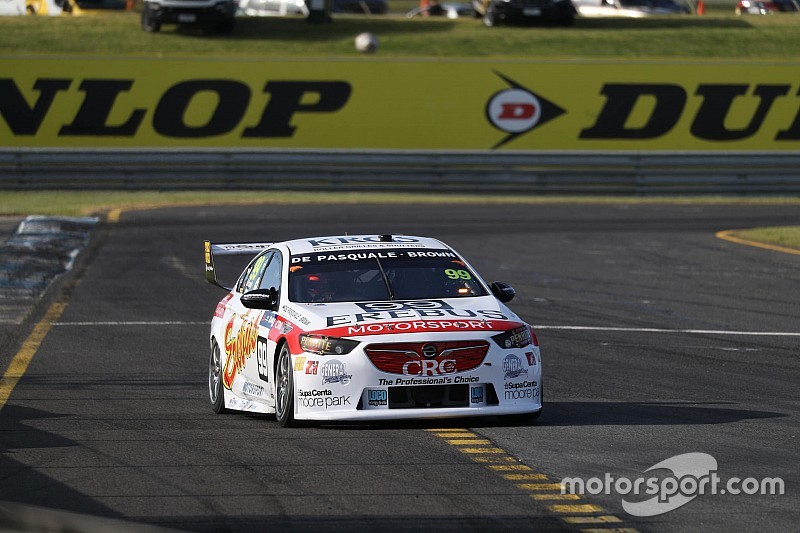 Will Brown put Erebus Motorsport on top as Friday running came to a close at the 2018 Sandown 500, despite an off at Dandenong Road at the end of Practice 3.

The main game Supercars rookie led a tight co-driver session to finish off Friday practice at the Melbourne circuit, a 1m08.623s with five minutes to go leaving him 0.003s clear of the field.

Brown did look to extend the margin on his final run, but a lock up at Dandenong Road saw him slide off into the gravel before executing a full-throttle flick spin to get going again.

"I was going for another lap and, down at Dandenong, I went off and thought we’re going to get stuck here, cause a red flag and not get it,” said the Super2 regular.

“I was pretty scared, it definitely got the heart-rate going but that’s how it is.

“I just can’t thank everyone at Erebus enough, to give me this opportunity, my first enduro and to end the day like this is pretty cool.

“I’m just pumped to be here and in the enduro campaign.”

A man with even less Supercars experience was second quickest, Le Mans winner Earl Bamber putting in an impressive display in the #97 Triple Eight Holden. The Kiwi had gone quickest just seconds before Brown set his time, the margin between the two just three thousandths of a second.

Steve Richards – one of the most experienced co-drivers in the field – was third quickest in the #888 Holden, just 0.006s slower than Brown, while Jack Perkins was also within a tenth of the pace in fourth.

Perkins' teammate Warren Luff was next, followed by Practice 1 pacesetter Paul Dumbrell. Ash Walsh was seventh quickest for Brad Jones Racing, with Alex Rullo the best of the non-Holdens with eighth in the #78 Nissan.

James Moffat was the quickest Ford in the field thanks to his ninth in the #55 Tickford car, followed by best of the Penskes Tony D'Alberto.