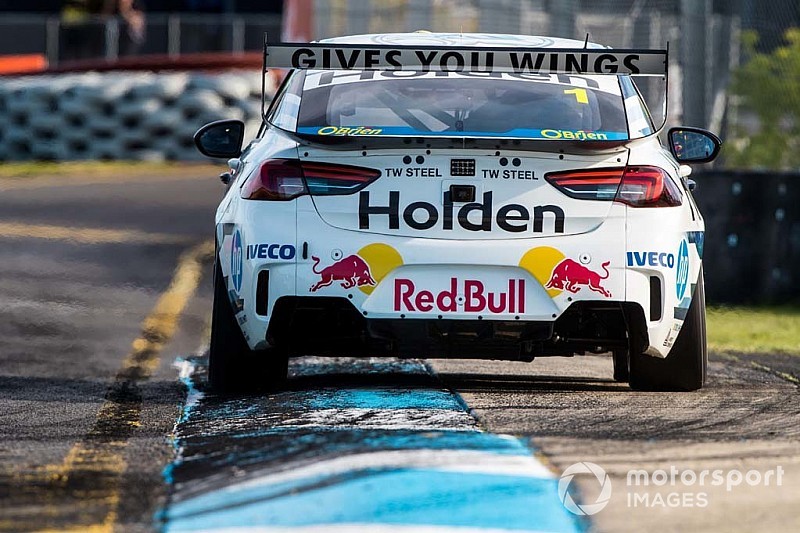 Jamie Whincup led a trio of Triple Eight-built Holdens to top the final pre-race running ahead of the Sandown 500.

Teams spent most of the 20-minute hit-out focussing on driver changes and pitstop practice, in preparation for this afternoon's opening 500-kay enduro of the season.

There were still some signs of lap speed though, pre-race favourite Jamie Whincup going quickest with a 1m08.408s early in the session before handing over to co-driver Paul Dumbrell.

The sister Triple Eight cars were quick as well, the trio occupying the top three spots for much of the session thanks to Steve Richards in the #888 and Shane van Gisbergen in the #97.

Tekno driver Jack Le Brocq made it four Triple Eight-built cars in the top four with a 1m08.797s with five minutes to go, only for Scott McLaughlin to spoil the T8 party with a 1m08.833s to slot into fourth ahead of van Gisbergen a couple of minutes later.

While still four-tenths off Whincup, McLaughlin was at least pleased with how the car worked on full tanks.

"That was a lot better, on full tanks it feels good across the run," said the Kiwi, who along with co-driver Alex Premat will start today's race from third.

"It was a shorter run than we’ll do, but we’ve made some good improvements.

“We’ve tried all weekend to be amongst [the Holdens] down the chute, but obviously they’re pretty quick in a straightline. We’ve tried to combat that while having a good car in the corners.

Chaz Mostert was best of the Tickford Fords in sixth, followed by James Courtney and Will Davison.