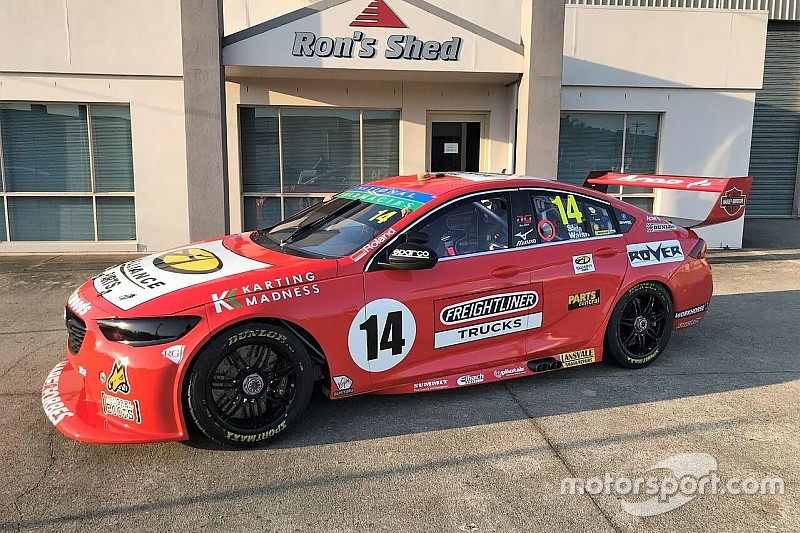 This year it's four-time Bathurst winner Jane that will be celebrated, with Slade's ZB Commodore dressed in a livery based on the famous HQ Monaro that the Aussie motorsport legend raced in Sports Sedans in the mid-1970s.

The link to Jones brothers Brad and Kim comes through time spent around the barbecue with the likes of Jane and other ATCC legends on race weekends at the now-defunct Hume Weir circuit, while Kim's first job in professional motorsport involved working on the Monaro.

“We chose to replicate the Monaro because Kim worked on that car back in the day," explained Brad Jones.

"It was a stellar GM product and it will really resonate with the Holden fans.

“Bob was a close friend of our family, and most people wouldn’t know this, but he was our godfather. If anything were to happen to our parents back then, he would have been stuck with Kim and I.

"Bob has had a big impact on our careers in motorsport.

“My first memory of Bob was at Hume Weir when he was driving his orange Mustang. He was always one of my heroes growing up as he always had the most beautifully presented cars – the Mustang, the Camaro and Monaro, however his McLaren has to be one of my favourite race cars of all time.”

“Our lives really intertwined with his; as kids we would spend time at his holiday home at Mulwala. Then as our racing careers grew there were plenty of connections. Kim’s first Formula Ford was purchased from Bob, the first production car series we competed in was the Super Series that Bob ran at Calder Park and Adelaide Raceway. Then, there’s the Thunderdome which Bob was responsible for opening in 1987.

"We had great success there over the years in the AUSCAR and NASCAR. Those memories will stay with us forever.”

Slade will team up with Ash Walsh for the upcoming endurance races.