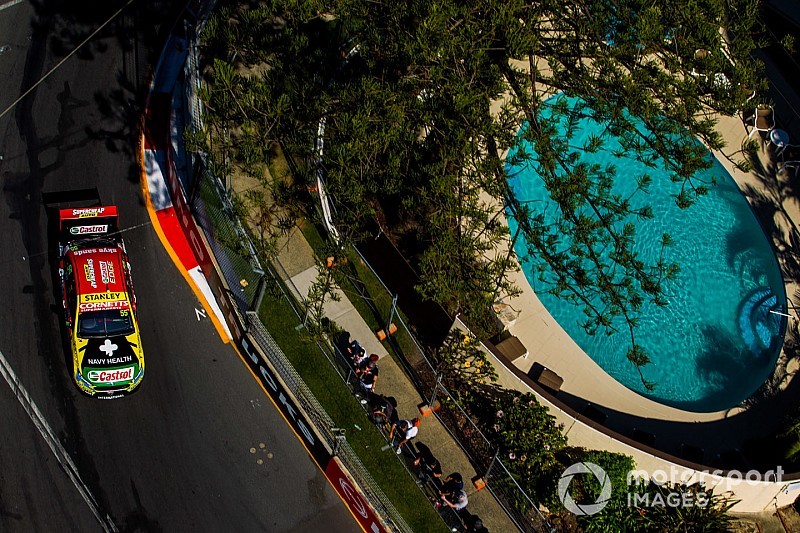 The Tickford Racing co-driver and Carrera Cup regular was involved in a post-race clash with Glen Wood following Saturday's Porsche opener, a physical altercation followed by a war of words between the pair.

An investigation led to Moffat being benched for Sunday's Porsche fine and slapped with a $5000 fine – half of which is suspended – for physical abuse.

Wood was hit with a $500 fine after pleading guilty to verbal abuse.

The incident was serious enough that Tickford Racing was forced to come up with a back-up plan, in case Moffat was rubbed from the entire meeting and another partner for Chaz Mostert was required.

The debacle even led to Moffat landing a new backer, Boost Mobile founder Peter Adderton taking pity on the former Nissan driver and covering his fine in exchange for a helmet sticker on the Sunday.

“I saw the story about James Moffat being banned and fined $5000 dollars for showing emotion and passion as a race driver, which was clearly a result of an on-track incident which turned into a dust-up after the race," explained Adderton.

"I feel that this is similar to what happens in NASCAR, and frankly these young drivers give it their all to entertain us, so as you can imagine emotions run high.

"So we decided that Boost Mobile should help him out by taking care of his fine if he wore a Boost sticker on his helmet for the weekend."

Moffat made a brilliant start to Sunday's second leg of the Gold Coast 600, executing a textbook pass on early leader Luke Youlden on Lap 13.

However thunderstorms led to the race being called off before the mid-way point, which meant no result and no points.