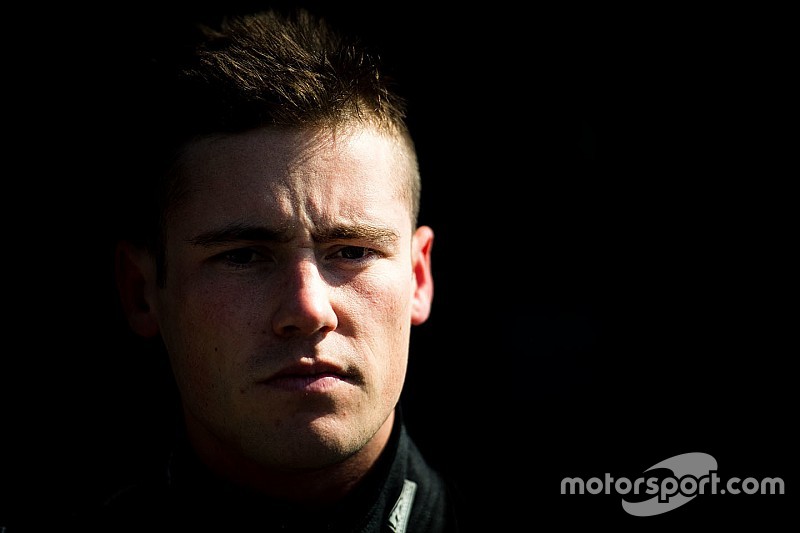 Few expected Richie Stanaway to return to the Supercars grid following a disastrous rookie campaign that saw him fired from Tickford Racing. But a shock deal orchestrated by a telco has given him one last chance.

Standing out the back of the Pukekohe garages in November 2017, Scott Pye laughed off rumours that he'd just gone close to losing his drive at Walkinshaw Andretti United.

Like Sideshow Bob standing on rakes, the humour was in the painful repetition. American ownership had proven so disruptive to Pye's stint at Dick Johnson Racing, and ultimately led to him being forced out to make way for Scott McLaughlin.

And here we were, less than 12 months later, speculating that once again an overseas buy-out was going to see him sent packing.

However it wasn't new part-owners Michael Andretti and Zak Brown driving a change. Instead it was backer Boost Mobile, looking to see if it could wrangle highly-rated rookie Richie Stanaway out of Tickford's grasp and get him into the WAU set-up.

As we now know, it didn't happen. Pye kept his seat (and is now a Supercars race winner because of it), and Stanaway went off for his ill-fated adventure at Campbellfield.

But history did still repeat itself. Second time around, Boost, led by its energetic founder Peter Adderton, used its commercial clout to land Stanaway a gig – Garth Tander playing the part that Pye inadvertently auditioned for.

Even with Tickford out of the picture, the 2019-spec deal would have taken some massaging thanks to Stanaway's depleted stock. Not that Adderton's enthusiasm was ever dampened by Stanaway's struggles; he openly admits that he thinks failure will make Stanaway stronger.

Plus, disruptive marketing is what Adderton lives for. Shoring up the future of a classic Supercars team like GRM would never be enough. Boost wanted a splash, and the Stanaway deal caused it.

While factions of social media have been aggrieved by Tander being forced out, this isn't a story of good guys and bad guys. Yes, Tander got royally screwed by the situation. He deserved a send-off year and he was denied that opportunity, which sucks. Simple as that.

But the flipside of that isn't that Adderton and Boost have done anyone a deliberate disservice. Pouring funding into a team without a naming rights backer, offering multi-year security, is a good thing.

"I read a lot of comments, and obviously people are disappointed that Garth didn't get his victory lap," Adderton told Motorsport.com earlier in the week.

"When you think about the sport, you've got think about it as a whole. What we're trying to do with Boost is shore [the team] up."

You can't blame Garry Rogers for taking the deal either. He's not selling out, he's selling. It's what race teams do to survive.

Whether this ever factored into his thinking or not is questionable, but this is also a chance for Rogers to perhaps make good on one of the biggest slip-ups of his storied career.

The wily team owner has a remarkable reputation as a talent-spotter, after giving the likes of Tander, Lee Holdsworth, and Scott McLaughlin their main game breaks.

But his record isn't perfect – after all, this is the guy that fired Jamie Whincup.

This is a golden chance to make up for that Whincup blunder and play the same last chance saloon role Tasman Motorsport played with the now seven-time Supercars champ back in 2005.

Despite what happened last year, Stanaway is good. Really good. If he comes into the 2019 season with an attitude re-alignment, there is no reason why he can't establish himself as a star.

If he does that, GRM shores up its mid-term future in terms of both finances and driver firepower – and Garry comes out of it looking like a genius.

Stanaway has even more to play for. For him, this is the final chance. The Boost connection is his get-out-of-jail-free card, and they don't come along often. Adderton may like a bit of drama, and he says he won't put pressure on Stanaway to perform straight away. But he's also expecting the Kiwi to come to the party at some point.

In 2019 we may see a star driver save a delicately-poised career with brilliance behind the wheel. We also may see a clash of personalities between a laconic driver, an energetic, ambitious sponsor, and no-bullshit team owner.

Either way, it's going to be interesting.