Supercars Bathurst pre-season test "not off the table" 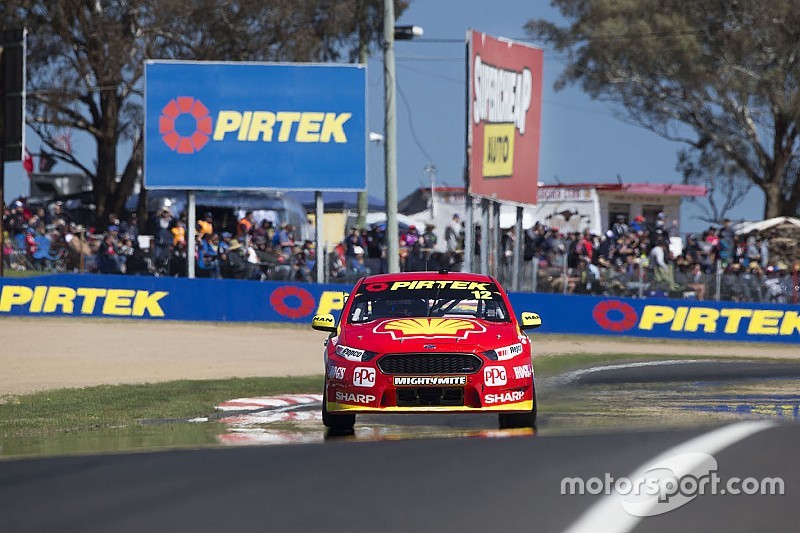 Supercars staging its pre-season test at Mount Panorama during the Bathurst 12 Hour weekend may be unlikely, but isn't impossible according to series CEO Sean Seamer.

As Supercars owns and promotes the Intercontinental GT Challenge season-opener, there have been whispers that the 12 Hour weekend could be used to stage the Supercars pre-season test.

However it's an unlikely proposition, with Seamer admitting that both timing and logistics for teams like Erebus Motorsport and Triple Eight that also field GT entries complicate the issue.

Still, he says it's still being discussed, and is not yet "off the table".

"I think there's two things to think about," he said.

"What does that impact have on the schedule for the teams, our existing teams, and what impact does that have on our teams that may want to enter into the 12 hour as well?

"So, if we were testing on the Thursday or even Wednesday, Triple Eight wouldn't be running a Mercedes with the three guys that they've got in their car.

"You've got to be really careful what trying to load too much does to the dynamic of the event.

"Would people want to do more testing at Bathurst? Absolutely, but it's got to make sense from the time and point of view, and we got to be very careful that we don't end up washing everything out by trying to do too much in one weekend.

"It's been discussed, it's not off the table, but it's something that needs to be fit into the season planning. Because if you're testing this early in the year, then everybody's working over Christmas to get ready. But if you're doing something as part of a summer season, it's a lot easier to justify."

As Supercars looks to cement its summer series switch for 2020, it could actually be that the 12 Hour sits too late in the calendar, rather than too early.

Should the 2020 Supercars season kick off in mid-to-late January as expected, the 12 Hour could feasibly fall after the first round.

Meanwhile, Supercars is looking to introduce the 'Track to Town' parade debuted at this year's 12 Hour to the Bathurst 1000 in October.

A handful of GT3 cars toured Bathurst's city streets on the Thursday before the 12 Hour earlier this month, driving from the circuit to the middle of town and then back again after a static display out the front of the Bathurst Court House building.

Dubbed 'Track to Town', the parade was a hit with both the crowd that came out to see the stars and their cars, as well as the drivers who got the unique experience of driving on open roads in a full-blown racing car.

Supercars is now looking to incorporate the concept in the lead-up to October's Bathurst 1000, which could mean Ford Mustang, Holden Commodore and Nissan Altima Supercars hitting the road in the week before the Great Race.

"I'm gutted I missed it, because I came [to Bathurst on the Friday] morning, but it sounds like it went really, really well," said Supercars CEO Sean Seamer.

"I think it's something that we'll continue to do, and I think we're going to look at doing it for the 1000 now as well, getting the cars down there for 1000."