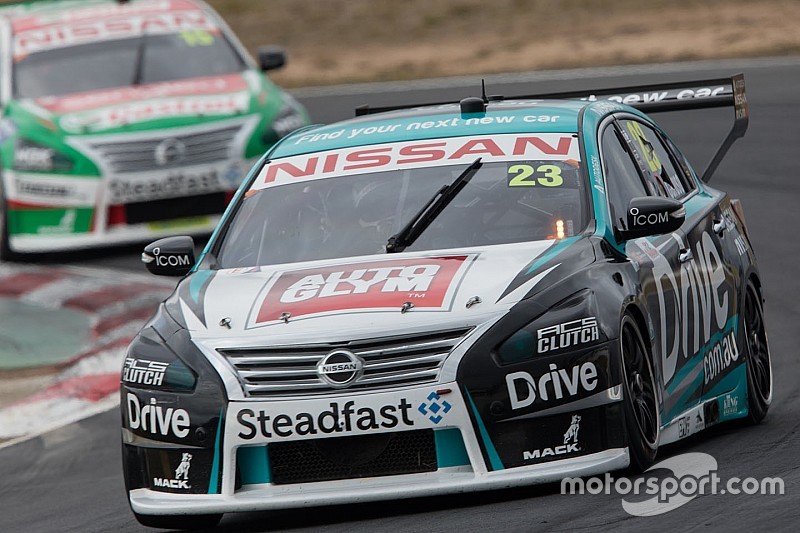 Supercars CEO Sean Seamer says he can understand why Nissan has decided to exit the series, and that it shouldn't interfere with negotiations with potential new manufacturers.

Nissan is set to walk away from Supercars at the end of this season, leaving the four-car Kelly Racing squad to run its Altimas as privateer entries in 2019.

The Nissan decision means it will be one in, one out for Supercars in terms of manufacturers for next season, with Ford set to revive its factory backing with the well-publicised introduction of the Mustang bodyshape.

While admitting that he had hoped Nissan would extend its factory deal beyond the end of this season, Seamer says that he is understanding of Nissan's decision to call time on its Supercars programme from a marketing perspective.

He also stressed that Nissan's decision has no bearing on what other manufacturers could decide to do in the future, with marketing focus and product range making every carmaker's situation unique.

"I've spent a lot of time working on marketing of automotive brands all over the world, and different pressures come at different times," said Seamer.

"And I understand that what [Nissan is] looking for is to focus on electric and sports utility vehicles in Australia.

"Every manufacturer's got different reasons for participating in motorsport. They've got a certain product roadmap, a product life cycle, and that dictates a lot of their involvement.

"So Nissan's in a unique position, and their ambitions are clear for what they want to do and [Australian GM] Stephen Lester has talked a lot about that this week. And they are different to every other manufacturer that we have and that we're talking to."

According to Seamer, the rationale behind Nissan's decision means there was nothing else Todd and Rick Kelly could have done during their stint at the helm of Nissan Motorsport to persuade the brand to extend its contract.

"No, look, I think the Kellys have done a fantastic job," he said.

"You have a look at just how many people walk around in Nismo merchandise. You look at the quality of the team. They've got four cars. Their trucks look great. Their pit garage looks great. They've done a very, very good job.

"I'm certainly not in a position to be picking at anything. From what I've seen, it's a fantastic operation."

Seamer added that the series will look to learn from Nissan's exit, in the same way it tried to learn from the shorter-lived factory Volvo and customer Mercedes programmes, as the series continues to search for new manufacturers.

"Certainly from my point of view, when I joined I hoped that [Nissan] would stay, and as I've said all along, our role is make sure that manufacturers can extract as much value out of the sport as possible," he said.

"So that's been the focus of working with them as well as the other manufacturers since I've started.

"I think the team that I work with has done a fantastic job of learning, not only from Nissan but from Ford, from Holden, from Volvo, from Mercedes as well, and we've all always looked to improve.

"There's certainly a tremendous amount of learnings within the business and within the sport, and a lot of those people still remain. So that's useful for me."