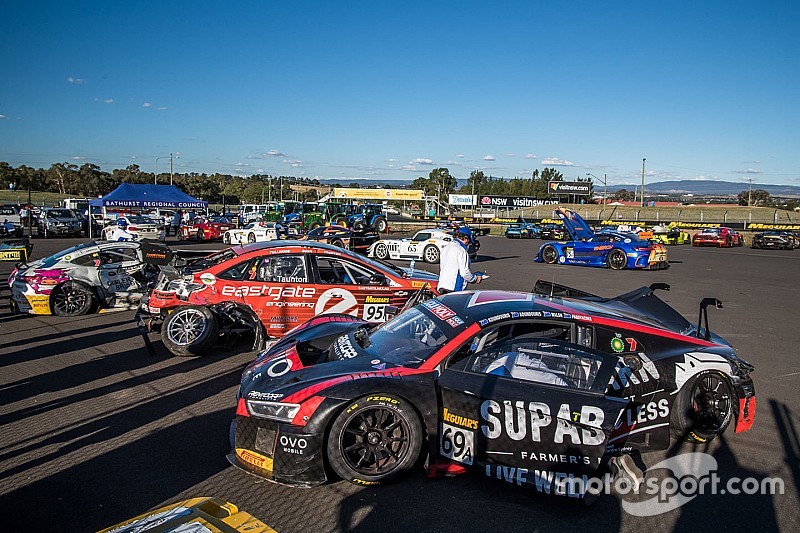 The Supercars Commission will move to address safety concerns at the Mount Panorama circuit at its next meeting.

Safety re-emerged as a key concern at the recent Bathurst 12 Hour, highlighted by the race-ending crash between John Martin and Ash Walsh on the run between Sulman and McPhillamy parks.

The key issue was that Martin effectively arrived on the scene of Walsh's stranded Audi unsighted, making it a near full-speed impact.

The Supercars commission will now discuss how the marshalling on the more undulating parts of the circuit could be improved, including the use of a lights system and/or in-car warnings.

“It really shone the spotlight on the focus of giving the drivers every opportunity to wash off speed to avoid that sort of incident.

“It was discussed at Board level, the Board agreed to task the Commission with looking at early-warning systems to consider what could be implemented in-car or through marshals trackside.

“We will be looking at ways to give the driver every opportunity to know very clearly the track’s blocked and to be able to wash off speed.

“It could be a warning system in-car, which could potentially be activated from, say, race control in a serious situation when the the circuit blocked.

“The Commission will investigate what’s going to be the best system, then make a recommendation to the Board for approval.”

Howard is remaining cagey on whether or not a new system could be in place by this year's Bathurst 1000.

“The view is to find the right system that works that is absolutely foolproof and then to implement it as soon as possible,” he said.

“There’s always still the marshals and the flag marshals, but this would be a system that drivers could benefit from an instant warning.

“It’s hard sometimes, the drivers are in the heat of battle and may be obscured from a flag or something."