Supercars has completed a comprehensive test of the 41 light towers that will illuminate this weekend's Perth SuperNight round.

With the SuperNight concept moving from Sydney Motorsport Park to Barbagallo Raceway in Western Australia this year, the series needed to undertake a fresh round of lights testing.

That meant a stint behind the wheel for teenager Alex Rullo, an ex-Supercars full-timer and current enduro driver, last night in a Holden Commodore racecar.

According to Supercars Media boss Nathan Prendergast, the 41 towers and five flood lights are set to provide a spectacular atmosphere both live and on TV.

“We are looking to go one step better in Perth,” Prendergast said. “The intent is not to light it up like a stadium but to give the fans a feel of a glow of the brakes and the flames from the exhaust but to also make it a fantastic television product.

“We have more lights in comparison to Sydney and the circuit will have a better overall cover. It will look fantastic at night, particularly some of the shots from the air.”

Rullo added: “I drove here in Perth at night last year with none of this lighting. Now with these towers in place you can easily drive with the visor down and see very clearly.

“It is going to be a great spectacle, particularly with Perth being a short track with such an amphitheatre atmosphere and the crowd being so close to everything.”

The Perth SuperNight kicks off on Thursday with practice, before racing on Friday and Saturday nights. 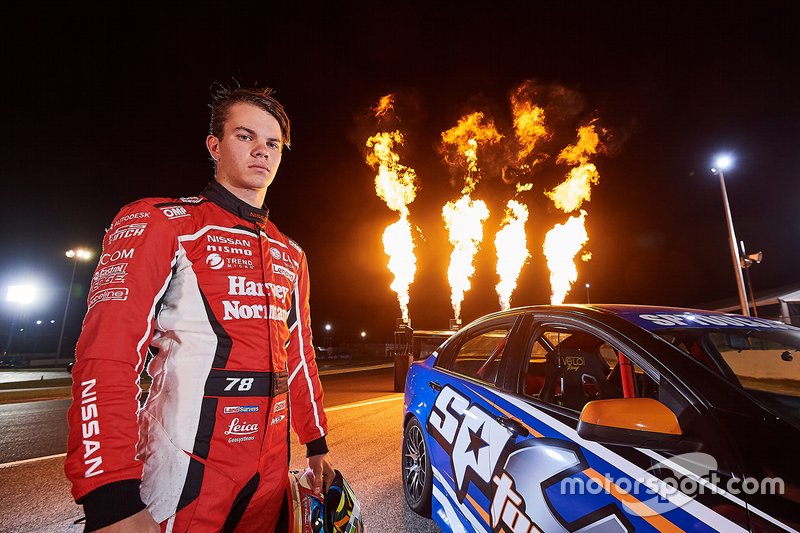