Supercars team boss Matt Stone has hit back at allegations that his squad played a role in the downfall of the Aussie Driver Search programme. 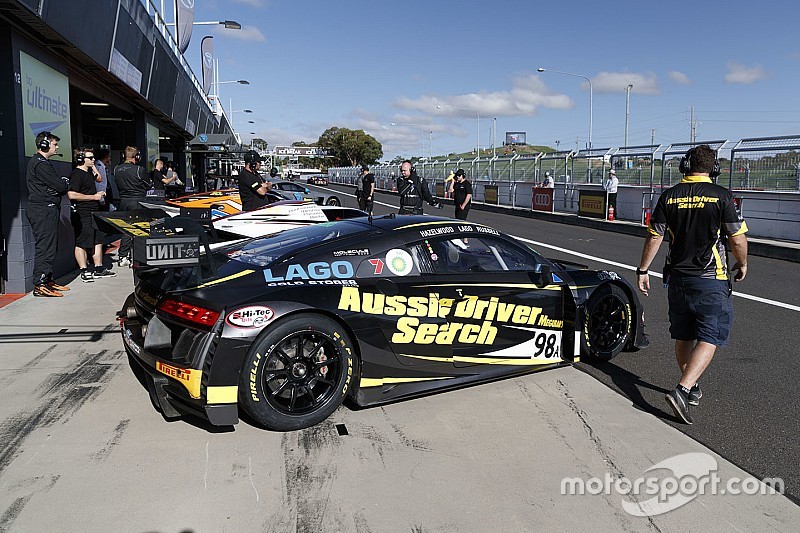 The ADS business has been put into voluntary liquidation after a period of steep growth, crowned by a $1 million prize pool for its 2019 programme.

As a result American driver Matt Powers, who relocated to Australia after winning ADS last year, has missed out on the majority of the funded Super3 drive he was promised for 2019.

He says an issue with insurance for the ADS entry at this year's Bathurst 12 Hour, which was run by MSR, left him severely out of pocket, and that he was also overcharged for parts during the preparation of his Audi GT3 car.

"Matt Stone withdrew the entry less than a week before the event as we were unable to get insurance on the car," said Austin.

"I had no say in this decision, which was going to cost me a large sum of money, as Matt was going to refund the drivers. Without the drivers’ money, I then had to pay him for all the labour and parts that was already spent on the car.

"As I was already heavily invested into the 12 Hour – the parts costs were already much higher than I expected that I had to pay out of pocket, and different to what we agreed to – and withdrawing would have cost me a considerable amount of money, as then I had to fund all of the parts that were spent on the car, plus all of the labour time spent on the car at Matt Stone’s workshop.

"Because of this, it was simply not an option to withdraw, so I decided to self-insure the car to keep the deal together so that we could keep racing.

"This led to me seriously questioning the professionalism and ethics of Matt Stone Racing."

Austin added that Stone also reneged on a deal for the ADS winner to race MSR's title-winning Super2 Commodore.

"I discovered at the Bathurst 12 Hour that we were in fact not running this car, and were moved into MSR’s other VF Commodore," he said.

"At no time did Matt Stone make me aware or even ask me of the change, which, after everything else, ultimately led to a total loss of trust."

Stone has fired back with a statement of his own denying Austin's claims.

"MSR strongly refutes all of the allegations made by Mr Austin and notes that this is the first time any of these matters have been raised by Mr Austin with MSR, and in fact, following the completion of the Bathurst 12 Hour, Mr Austin personally thanked Matt Stone and praised the whole team’s effort for the weekend’s results," read the statement.

"ADS had delivered the Audi R8 GT3 to the MSR garages in such a poor condition that it had been unable to run at the ADS competition final, leading MSR to complete considerable works to the Audi to return it to competitive running order – work MSR rightly deserved to be compensated for.

"In relation to ADS’s Super2 entry, MSR only became aware that ADS did not intend to adhere to its contractual obligations some two weeks before the commencement of the first event of the season, being the Adelaide 500. MSR has suffered considerable financial hardship as a result of this breach of contract by ADS.

"Despite numerous attempts by MSR to reach a resolution with ADS and Kyle Austin to ensure Matt Powers took his place in the Super2 paddock – attempts made up to and including the days before the race – it became abundantly clear that Kyle Austin had no intention of upholding his end of the contract.

"It was only at this late stage that the decision was made to run Ashley Walsh in the Todd Hazelwood championship-winning Commodore for the 2019 Super2 series.

"So comments by Mr Austin that he was apparently told this as early as February at the Bathurst 12 hour are simply untrue.

"MSR is disappointed that Mr Austin is trying to smear that reputation, and apportion some of the blame for his own poor business and lifestyle choices on MSR."