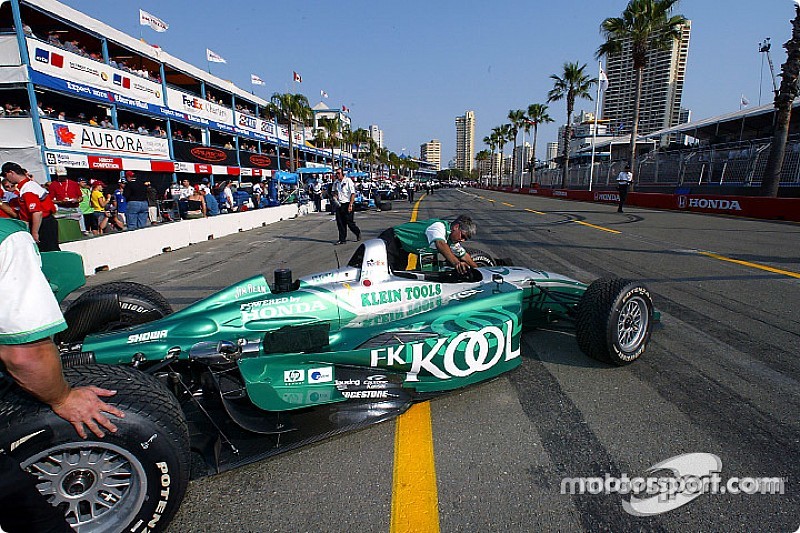 Supercars says it will try and work with IndyCar on a potential Gold Coast return for the US series, rather than having separate events on the streets of Surfers Paradise.

IndyCar has been in talks with the Queensland government about reviving the once iconic Gold Coast Indy event, with series boss Mark Miles making the trek down under back in November to meet with state premier Annastacia Palaszczuk.

Discussions about IndyCar's Gold Coast future continued in the US over the Christmas period, however this time it was with Supercars boss Sean Seamer.

A key outcome from those talks is that Supercars – which stages a Gold Coast race in October – and IndyCar would be more likely to work together on an event, rather than host separate Indy and Supercars events at different times of the year.

That would simplify the track build given that Supercars owns the infrastructure that creates the circuit, including crash barriers and the temporary pit complex.

"If we're going to do something, we want to try and do something together," confirmed Seamer.

"Operationally, the team builds the track, we got it down pat, so we'll see what happens."

Trying to tie up does come with complications, however, particularly given IndyCar's desire to run a race in February.

Despite Supercars looking to switch to a summer series, Seamer is less keen on moving to the early part of the year given both the higher chance of rain during the tropical summer months.

It would also require the circuit being built in January, which is the peak school holidays period for the popular holiday hotspot.

Another issue is the configuration of the track, with the old Indy layout having been shortened during the Supercars era, and the city's new light rail system making a return to the original layout problematic.

"The biggest challenge that we have with trying to do something with Indy, one is the track, the other is the time," Seamer said.

"They would want to run in February because they don't want to end their season outside of America. They don't really want to do an exhibition race, so if anything, they'd like to make it the first event of the year, and run in February.

"February is pretty hot and wet on the Gold Coast, so that's a bit of a challenge.

"The track would need to be changed in order to add more passing opportunities for them, but it's not entirely unfeasible to do it. It's just a question of time and money.

"The other challenge of time is the build. Unless it was at the end of February, you wouldn't be able to get the track built outside of school holidays. Nobody wants to be building a race track in school holidays on the Gold Coast, that's a very easy way to upset a lot of people.

"So, there's a few things. There’s a few bits to be worked through."

Seamer added that it would be at least six weeks before any hard decisions are made: "From an Indy point of view, the options and opportunities for how that might work probably are still going to take another six weeks to work through details on that."

Seamer also met with NASCAR officials to chat about bringing cars to the Gold Coast, following last year's demo run with Scott McLaughlin which kick-started talks about an exhibition race.

However he says impending calendar changes for both series has slowed progress.

"Until all of those things are washed out, whether some of their drivers come out, some of their cars come out, or nothing happens at all, won't be decided until we've both gone through our calendar work that we want to do."

Enders to ride with USAF Thunderbirds