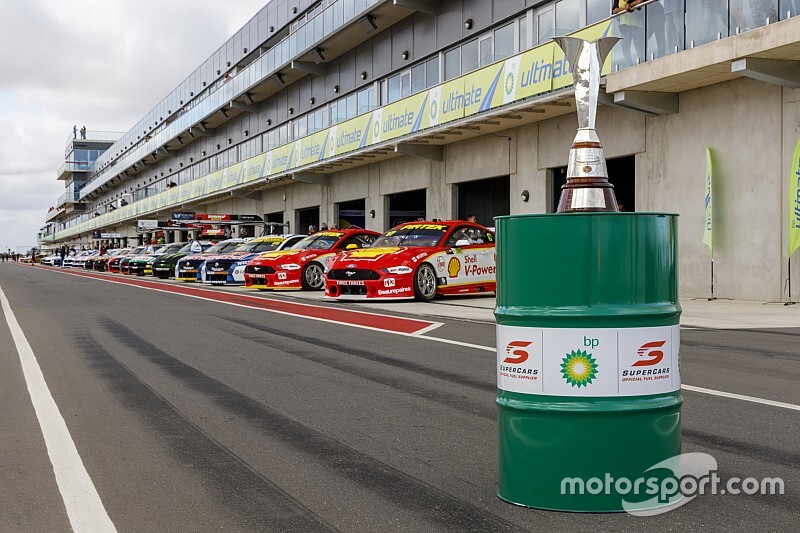 Supercars teams and drivers have rallied behind a cancer charity effort led by the category's technical boss Adrian Burgess.

The Englishman will take part in next month's Tour de Cure cycling marathon to raise money for cancer research, the ride set to cover more than 1400 kilometres between Newcastle and Noosa.

The mission to raise funds is a personal one for Burgess, who lost his mother to cancer when he was 20, and then his ex-wife last year.

Supercars teams and drivers have pitched in to help Burgess' donation drive, with an online action featuring memorabilia such as a left-front wheel from the Mustang Scott McLaughlin crashed on then Gold Coast last year, and the side skirt from the Holden Craig Lowndes drove in his final outing as a full-time racer.

The auction is now live and will run until March 11.

“Last year was certainly a tough year for me and our daughter Darcy,” said Burgess.

“Jean had a four-month battle with lung cancer and when she died Darcy and myself pledged to do what we could to raise awareness and funds for cancer research.

“Darcy is planning to run a marathon, but for me, I’ve always been a keen cyclist, so the Tour de Cure is a nice charity for me to get behind.

“Cancer is a disease that’s touched everyone in some way and the Tour de Cure has done an amazing job to raise funds and awareness over the years.

“Luckily in my position I’ve got a lot of contacts in pitlane, so it made sense to get an auction going as a way of raising funds.

“There’s been a great reaction from a lot of people, I can’t thank them enough. There’s over 20 items there and I’m hoping we’ll add more as we go.”