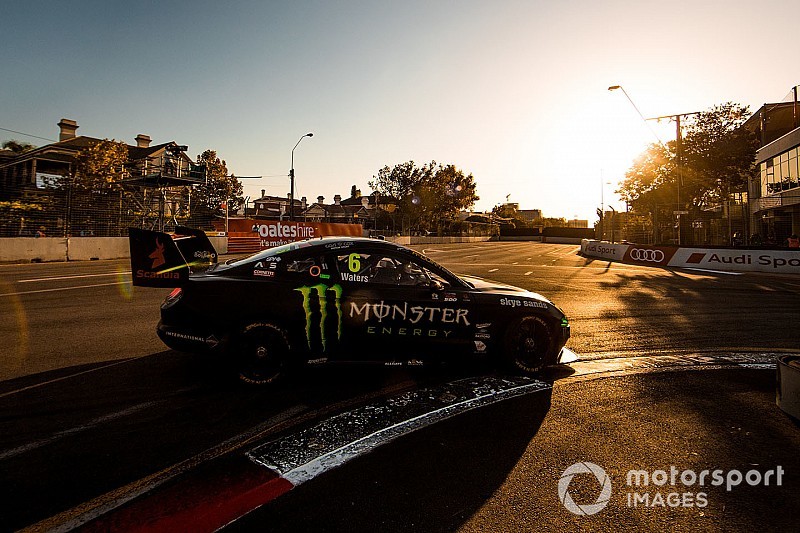 He also split the poles with DJR Team Penske teammate Fabian Coulthard, while Tickford Racing – which struggled last year with the ageing FG-X Falcon – had two of its four cars in the Top 10 in both races, including a second place for Cam Waters on Sunday.

According to Reynolds the pace of the Mustang was eye-opening, the Bathurst winner hinting at it not being a fair fight while debriefing on a weekend that saw him finish eighth on Saturday and ninth on Sunday.

"We can only compare ourselves to the Holdens, and we weren't the fastest Holden," he told Motorsport.com.

"We can't really compare to the Fords, because it's a bit unfair. They're obviously a lot better than what we thought."

Reynolds also took a swipe at Waters, deeming a clash between the pair on the opening lap of Sunday's race 'unnecessary'.

Waters escorted Reynolds wide at Turn 9 after making a dive down the inside, the Erebus Holden dropping from third to the back of the Top 10.

"He lunged me good, it was a good pass and everything, and then he straightened the wheel and ran me off the track. And I lost three or four spots.

"It was unnecessary. I didn't understand it."

The issue was investigated by race officials using the new Hawk-Eye technology, which, according to the stewards report, "revealed that the front left wheel on car #6 had interlocked with the front right wheel of car #9 and that the contact and subsequent movement of the cars was not caused by any breach of the rules by the driver of car #6."

"I kind of knew early on that I had to get in front of Reynolds if I wanted to have a shot of getting in front of Shane and on the podium," said Waters.

"I kind of had a good run out of [Turn 8] and got out of there and thought I’d have a crack.

"I got side-by-side and we actually interlocked wheels and tore my wheel out of my hand. I actually thought I had bent steering or something but I lucky I didn’t have any damage.”