How Supercars teams could exploit the new parc ferme rules 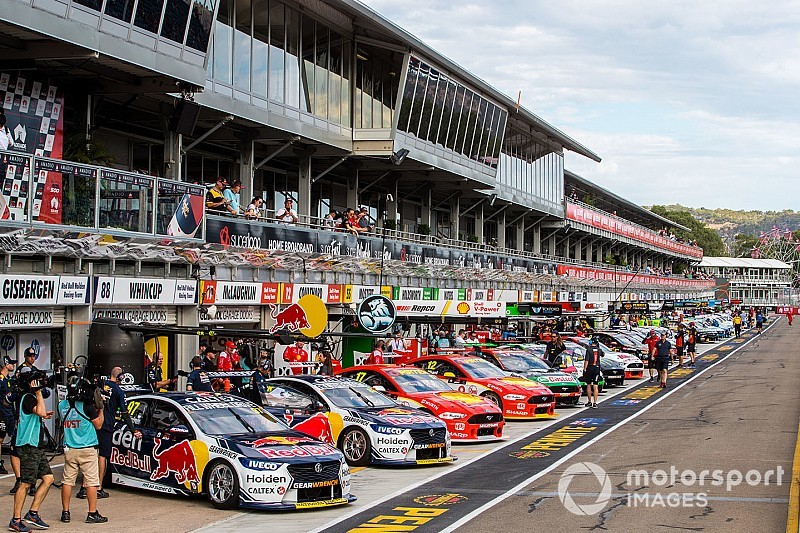 A trick could help quick-thinking Supercars teams exploit the new parc ferme rules on trial at Symmons Plains this weekend – and it may make for a quiet end to the qualifying sessions.

There's a general narrative that follows qualifying in circuit racing. There's a first run to build some suspense and establish a rough pecking order, and then a flourish of quick times – often referred to as the 'happy hour' – in the closing seconds as drivers have one last crack at pole.

We could, however, be facing a rather different scenario in Tasmania this weekend, thanks to the new parc ferme rules that are being trialed.

Basically, teams won't be able to make set-up changes to cars between the end of qualifying and the race on both Saturday and Sunday.

The concept has merit; you've got make a call, do you want early track position at the expense of tyre life, or do I want a car that will work at the business end of the race even if it means starting mid-pack?

There is a theory, though, that teams may be able to do both.

In the latest episode of the Below the Bonnet podcast, David Reynolds reckons we'll see front-heavy action in qualifying, with drivers going for glory on a first run with an aggressive qualifying set-up in the car, before switching to a race set-up and sitting out the final few minutes before the parc ferme conditions come into affect.

"If they're going to bring in this rule, they have to ban changes during qualifying," said the 2017 Bathurst 1000 winner.

"Because I can go out, set a really good time on my first set of tyres, come in and wind it back. Take all the camber off, take all the springs out...

"[The action is] going to be the start, and then nothing is going to go on in the last five minutes."

Complicating matters is the three-part qualifying system that makes its first appearance of the 2019 season.

Firstly, the system puts emphasis on practice times. To avoid Q1 you need to be in the Top 10 on Friday for Saturday's qualifying, and Sunday morning for Sunday's qualifying.

That means a pure focus on long runs and a race package on Friday will put you at serious risk of needing to go through Q1 on Saturday.

Then there's the issue of shorter sessions – each of the three segments are only 10-minutes in length. At somewhere like Symmons Plains, however, that's still plenty of time to do an early run in a pure qualifying trim then switch to a race set-up.

Where it becomes really interesting is for the midfield teams in Q2. If a driver hasn't been able to bank a time good enough for Q3 on their first run, they will be left with two options. You can either call it quits and fit a race set-up to the car, or keep the qualifying set-up in and go for one last shot at making it through.

The risk with the second option is that you still fall short, don't have time to change the set-up, and end up starting outside the Top 10 with an aggressive set-up that won't work in the race.

Still, Below the Bonnet host and Tickford Racing endurance driver Michael Caruso reckons it'll be a risk worth taking – particularly at a track like Symmons Plains.

"They're going to qualify with the fastest car they've got," he said.

"I don't think they'll put a race set-up in. Tyre degradation isn't a bit deal at Tassie. Passing is ridiculously hard. There are only really two corners to pass on..."

If teams do go down the path of wholesale mid-session set-up changes, the key will be being decisive.

Whereas there's generally been a couple of hours to digest what happened in qualifying, assess track and weather conditions, and tune accordingly, crews will need to know exactly what they want to do with the car for the race before going into qualifying.

The end result is an increased emphasis on practice, beyond just avoiding Q1.

"Friday is ridiculously crucial now, it's basically become the most important time in the weekend," added Caruso.

"And that's a balance in itself. You want to have a fast car to get in that Top 10 so you miss the first part of qualifying [on Saturday], you want a good car for the races, and the only time you get to tune it is on Friday.

"Because you're going to roll up into qualifying with what you think is the best [for the race], and you won't be able to tune it."

The latest episode of Below the Bonnet, supported by Motorsport.com, is online right now.