Supercars talking to overseas series about Next Generation plans 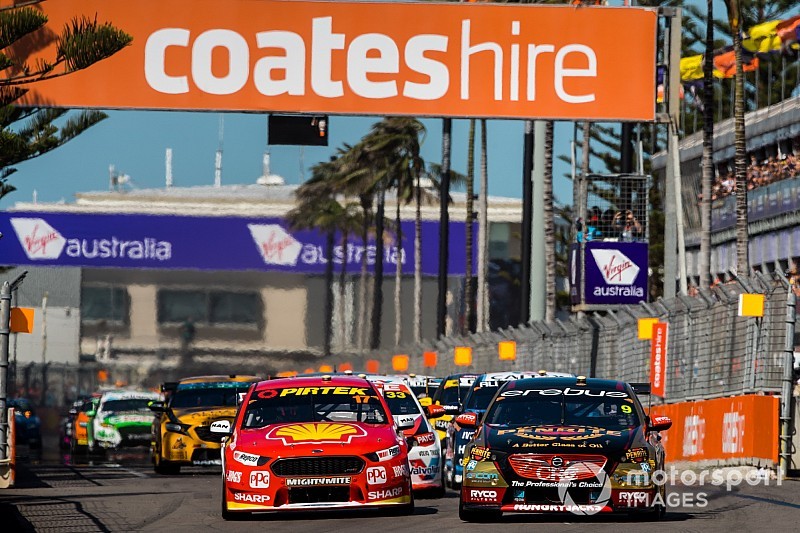 The Australian series will undergo its next major technical shift ahead of the 2021 season, with hybridisation and the future of the current control chassis key topics in the 'Next Generation' discussions.

In a bid to help secure the future of Supercars, Seamer has been in talks with the likes of NASCAR, IndyCar, IMSA, and the British Touring Car Championship, while Supercars Commission member Brad Jones made an exploratory trek to a DTM round last year as well.

Discussions with those overseas series could prove pivotal, with Seamer admitting the dialogue will contribute to shaping the technical make-up of the Next Generation Supercar, and that ideas could even be 'stolen'.

"Sometimes it’s easier to just steal an idea than to try and create a new one. So, I think that’s whole premise of our rise is there's no point reinventing the wheel.

"If someone else has gone through all that work and they've arrived at the best solution you think can work for you, then why rethink the whole process?

"I think perhaps where we got caught up is, will they come and race here? Or will we go and race there? It's not about that, it's about what information should be sharing? What are the things that we should be talking about?

"Because everybody's asking the same questions all over the world. When you get down to it. Where's the next thing going to come from? What's the car going to look like in five years?"

One change that will almost certainly be up for discussion is the control chassis.

The new-for-2019 Mustang – the first two-door car to come into the series under the Gen2 rules – has highlighted difficulties in stretching a coupe over the current chassis, which was originally built for four-door sedans.

The result is a Mustang design that has polarised fans, and adds weight to concerns from GM regarding stretching a Camaro body over the current platform and its relatively high roll hoop.

"The key thing about the chassis is it's not about roll hoop height, it's about what's the right chassis to enable us to have as many different marques out there as possible," added Seamer. "That's the starting point.

"What do we want the grid at Bathurst to look like in 2021? And what do we need to do to get there? So we're working backwards from that."

Elements of how the sport will look in 2021 could be revealed as soon as this week, with Seamer confirming over the Bathurst 12 Hour weekend that management and staff are already being briefed, and that some of the ideas could even go public at tomorrow's 2019 season launch.

"We're going through a process of what the future looks like for us, and from that there is a range of different projects that we're going to through from the events to the car," Seamer said.

"We will unveil some of that work at the launch.

"We needed to take some of the team leadership though it last week. We're going to take our staff through it and the media and talk about some of that stuff.

"Within that is a project around what the next car looks like and what, if any, changes need to be made to accommodate that."