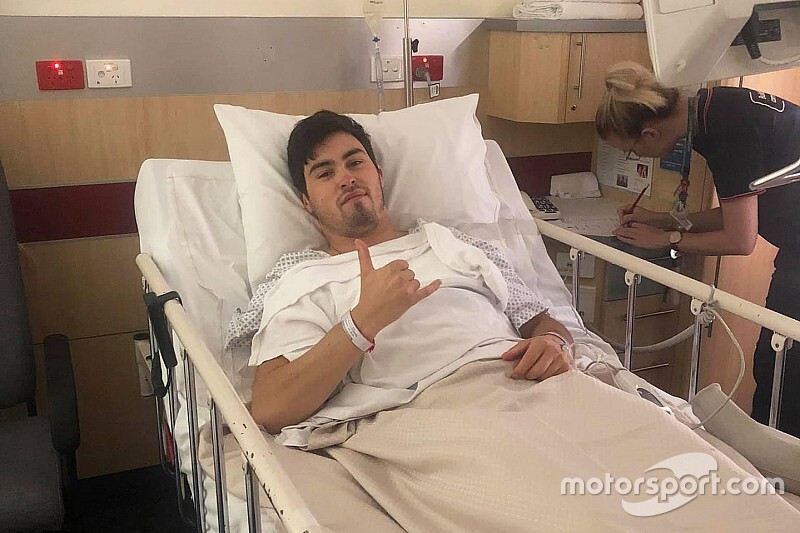 Randle, expected to be title contender in the second-tier Super2 series this year, confirmed the shock news via social media a short time ago.

The post details that the 23-year-old was diagnosed with the cancer last week and had a tumour removed yesterday.

"Last week I was diagnosed with testicular cancer," Randle wrote.

"This was obviously quite a big shock to me and my family and since then I’ve had to undergo multiple tests and scans, while yesterday I had an operation to remove the tumour."

Randle added that the cancer is likely to be "highly treatable", and that he expects to be on the grid for the Super2 opener in Adelaide next month.

He also urged others in his age group to be vigilant about their testicular health.

"Testicular cancer is the second most common form of cancer found in young men aged 18 to 39," he wrote.

"The most common type is seminoma, which usually occurs in men aged between 25 and 50 years. The other main type is non-seminoma, which is more common in younger men, usually in their 20s. Encouragingly, these are both highly-treatable forms of cancer.

"It really is quite simple to do a self-check and as a discipline I recommend all blokes (young or old) do so on the first day of every month, just to be sure.

"I purely want to spread awareness of this to blokes my age or even younger, and also to those in their mid-30s, that if something doesn’t feel quite right get yourself straight to your regular GP.

"I did just that and hopefully doing so results in me being given a clean bill of health and the all clear when I have further tests in the near future.

"All that aside, and despite the shock and distraction from recent events, I'm now hungrier than ever for the first round of the Dunlop Super2 Series to kick off in Adelaide in just on five weeks."

He then part ways with the Ford squad during the off-season, signing on with MW Motorsport to race the Nissan that won the 2019 Super2 title in the hands of Bryce Fullwood.

Randle has also lent a hand to fundraising for the bushfire crisis in Australia, selling the suit he wore to the Sandown podium for $3500.