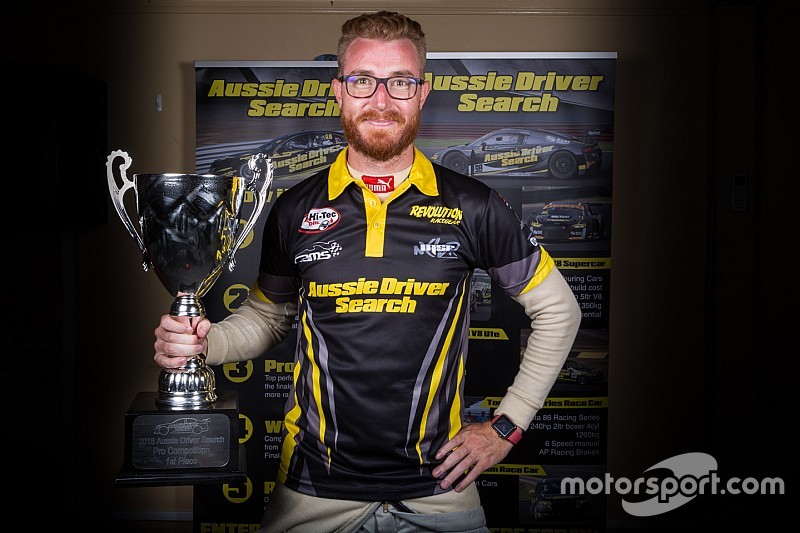 An unexpected email less than an hour before public confirmation of Aussie Driver Search's demise was all the warning Matt Powers got that his Super3 drive was gone.

It was announced last Friday that the ambitious talent search programme has been put into voluntary liquidation, following a period of rapid growth that included promising a $1 million prize pool for 2019.

One of the hardest hit by the programme's demise is 2018 winner Powers, who was meant to be completing the third-tier Super3 series season in an ADS-run Falcon, but is now out of a drive just one round in.

Losing the seat is the latest setback for the American, who initially relocated to Australia on the promise of a funded Super2 drive with title-winning team Matt Stone Racing. However his prize was later downgraded to racing the ADS Ford in Super3, with a fresh promise of a Super2 seat in 2020.

According to Powers the entire saga was a warning sign that there were problems at ADS, which made Friday's news somewhat expected.

What did catch him out, however, was the timing, Powers only finding out via an email less than an hour before the rest of the world.

"I got an email not even an hour before the media got it," he told Motorsport.com.

"My first reaction was... I could see it coming, I just didn't think it would be this quick.

"I knew the Super2 thing [for 2020] in the contract was going to be a challenge, because my contract had them owing money towards the end of this year, and it needed to be ready to go. So I knew that was the potential for some drama.

"But I just figured we'd be able to get through the Super3 season at least.

"I wish I'd been preparing a little bit more, a little bit earlier. It was still a shock, but I think plenty of people in motorsport saw it coming. I was just hoping it would be a little bit further down the road."

Despite the latest setback Powers is still committed to his Supercars dream.

He is currently scrambling to get on the Super3 grid for this weekend's Winton round, with hopes of still getting through the season.

He's even planning on trying to put a one-off Super2 drive together later this year.

"The biggest thing is that I came to Australia to race Supercars, in some way, shape or form. That's my focus. I'm committed," he said.

"Unfortunately Winton is really close, so that's a big challenge, but we've got some potential [solutions] and we're working hard to make it happen.

"If I can make the Winton round, then I can keep pursuing the Super3 championship, because I think we're doing pretty well. It's been a good start to the season. If we can't make that happen, we'll re-group and try and figure out what to do from there.

"I'm 100 per cent committed to being back in a Supercar this year. I want to be in Super2 next year, so if we do a round of Super2 [this year], then that's an added bonus.

"It just depends, it's all up in the air.