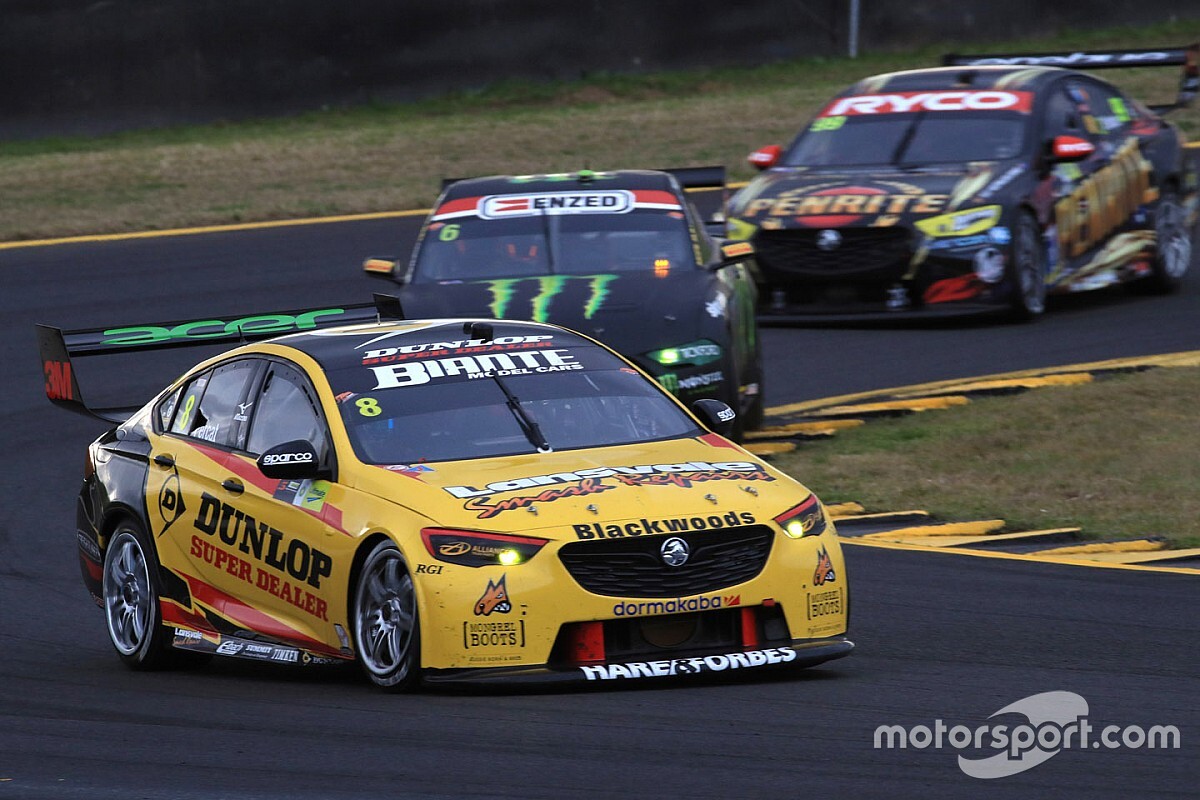 The two milestone drivers were locked in combat for much of the 32-lap race, Whincup getting a fast start from pole before being reeled in by Percat as the first stint wore on.

There was only a few tenths between them when Percat made his mandatory stop on Lap 14, taking four tyres on his Brad Jones Racing Holden.

Whincup pitted a lap later to cover the undercut, Triple Eight opting to fit his car with just two new tyres on the right-hand side.

That gave Whincup a couple of seconds breathing room, but it didn't last long. With the better tyre condition Percat was quickly on Whincup's bumper, before executing a smart move at Turn 4 on Lap 22 to snatch the lead.

From there Percat charged to a 3.1s victory, his first since Adelaide 2016 and BJR's first since Winton 2016.

"Obviously Brad can’t be here – first thing, thank you Brad for having the faith in me.

"It’s taken a few more years than I would have wanted but BJR, [engineer Andrew Edwards], everyone did a mega job and the Dunlop Super Dealer car is hooked up.

"Obviously as soon as we were in a good position we just threw everything at it because [we wanted to] live for now and see how we go in Race 3."

Having dropped back through the field on older tyres early in the race, McLaughlin managed to claw his way onto the back of a battle between the other three.

It wasn't until the final few laps that McLaughlin managed to work his way through, better tyre condition when it counted helping him pull three seconds over Mostert by the finish.

Reynolds finished fifth, with Waters slipping from third mid-race to sixth by the finish. The Tickford driver was almost overhauled by Shane van Gisbergen too, the Kiwi having dropped like a stone on poor tyres in the first stint, from third to 10th, before having better rubber for the run home.