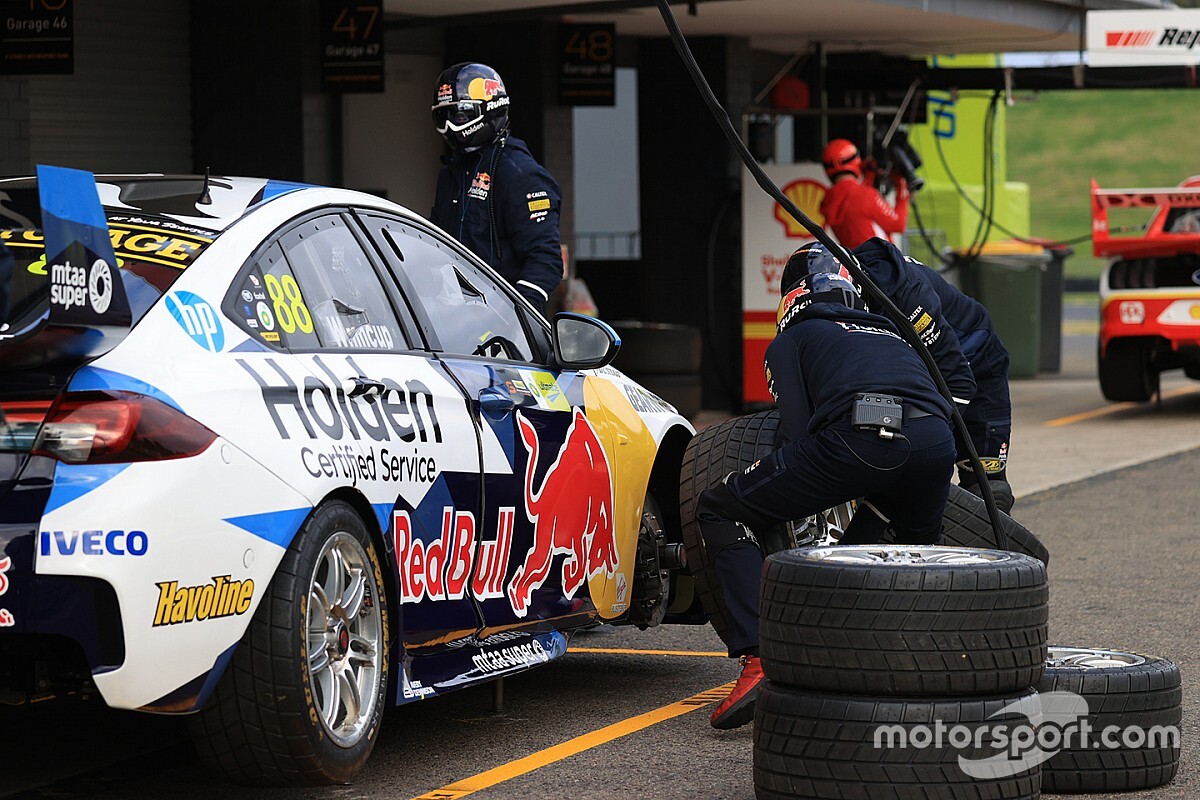 For Whincup there was a stark contrast between the two sessions. Having not done a green tyre run in the first session, he bolted out of the gates on fresh rubber second time around, going quickest with a 1m29.084s on his first run.

That would have been good enough for second on its own, however another green tyre run at the end lowered his best to a 1m28.831, slightly under teammate Shane van Gisbergen's P1 benchmark.

Speaking after the session Whincup said it was a welcome return to the top of the timesheets after a difficult virtual campaign during the break.

"It's great to be back cutting laps," he said. "It's the first time in 12 weeks I haven't been a second and a half off the pace in practice, which is nice.

"It's really quick, fast sessions here. Straight out of P1, you make a few changes, and then straight into P2. But overall, as far as car #88 is concerned, it feels good.

"We did a little bit of a race run, it was reasonable, and the car is pretty good over a lap. Everyone will improve for qualifying, so we'll have to keep chipping away."

For the second consecutive session Scott McLaughlin was second fastest, the gap to Whincup 0.15s, with van Gisbergen third.

Lee Holdsworth was best of the Tickford Fords in fourth, as Anton De Pasquale led the way for Erebus once again.

Nick Percat and Chaz Mostert were next, with Kelly Racing pair Andre Heimgartner and Rick Kelly split by Macauley Jones in positions eight to 10.