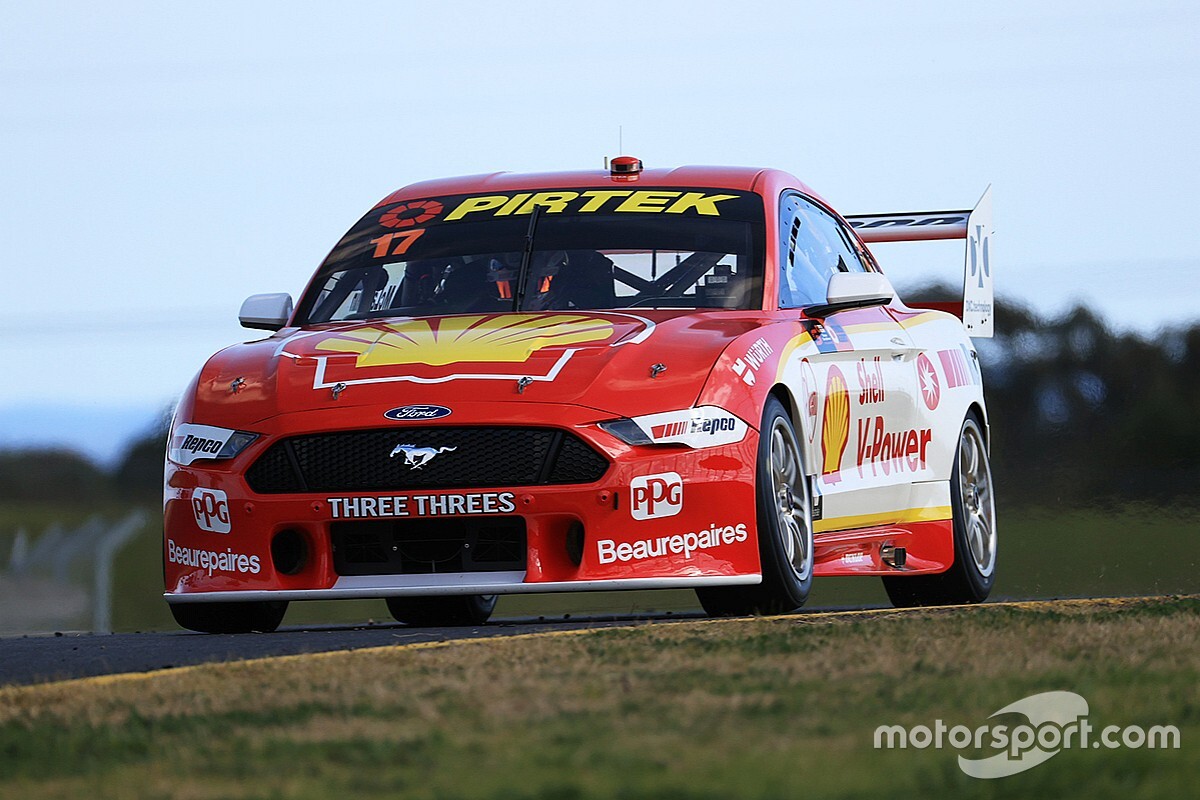 With two tyre compounds in play this weekend, and plenty of soft tyre data from last month's trip to Sydney already in the bank, much of the session saw car circulating on the hard compound.

That meant there was little in the way of action at the top of the times, an early soft tyre qualifying sim from Scott McLaughlin – a 1m28.976s – the ultimate pace.

McLaughlin finished two-tenths clear of Anton De Pasquale and Fabian Coulthard, who were late improvers on the soft compound Dunlop.

"We focussed on seeing what our qualifying speed is and if we've lost anything," said McLaughlin. "Thankfully its was pretty good.

"I like the soft tyres better, but it's going to spice up some action. We got a good amount of data there with race runs to get a feel of what's ahead. It's going to be interesting."

Bryce Fullwood led the way for Walkinshaw Andretti United in fourth, after bucking the trend and focussing on soft tyre pace.

Cam Waters was the best Tickford Mustang in fifth, Jamie Whincup the Triple Eight pacesetter in sixth, Rick Kelly in seventh and Macauley Jones in eighth.

Chaz Mostert and Todd Hazelwood rounded out the Top 10.

In terms of big names off the pace, David Reynolds, whose regular engineer Al McVean is currently stuck in Melbourne, was just 15th quickest.