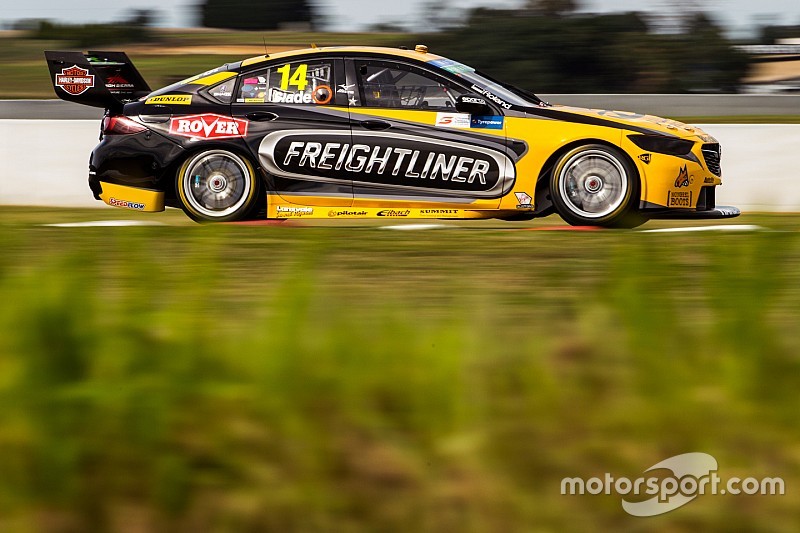 Tim Slade led the way in the opening practice session at The Bend Motorsport Park circuit at Tailem Bend.

The 45-minute session presented the first opportunity of the weekend for teams to get familiar with the new circuit.

Shane van Gisbergen was the first to set the benchmark time at a 1:54.70, but it was soon bettered by rookie Anton De Pasquale, who lapped the course in 1:52.80 seconds.

The fast time continued to be lowered as time clicked away with Rick Kelly the first driver to break into the 1:51 second bracket.

In the closing minutes, as expected, the times really picked up with Tim Slade ultimately ending up at the top of the board with a lap of 1:50.1395 seconds, over four seconds quicker than the initial fast lap set by SVG. Michael Caruso clocked in second after a late flyer, two tenths adrift of Slade's benchmark.

Championship leader Scott McLaughlin ended up 18th on the time sheets at a 1:51.9486.

As for incidents, there were several off-track excursions, including Nick Percat who went off course twice before being plagued by potential gearbox issues. Richie Stanaway went for a ride as well, spinning at Turn 10.