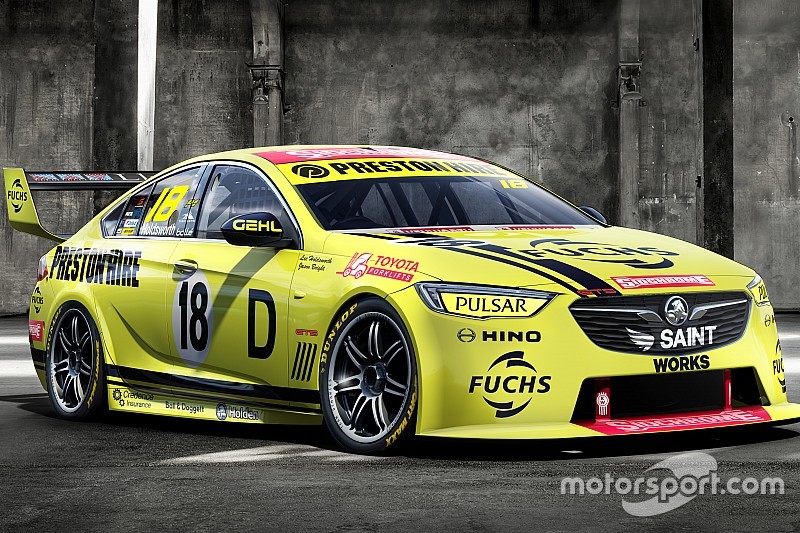 The squad's ZB Commodore will run artwork based on the Wyong Motors Holden Monaro that upstaged factory Holden and Ford teams to conquer Mount Panorama 50 years ago in the hands of Bruce McPhee.

The win was Holden's first Bathurst triumph, McPhee effectively winning it on his own as co-driver Barry Mulholland completed just a single lap to satisfy regulations.

According to Team 18's primary driver Holdsworth, that's exactly the sort of underdog spirit he'll be using as inspiration during the upcoming Season of Endurance.

"There couldn’t be a more appropriate livery for Preston Hire Racing heading into the endurance season,” said Holdsworth.

“This scheme represents the livery of an underdog team that lead Holden to their first win at The Mountain 50 years ago.

“We all start with a clean slate of points for the Pirtek Enduro Cup. Brighty and I will be pushing hard to spring a surprise result.”

Last-minute signing Bright, called in to replace Matt Brabham, believes the single-car squad has the potential to spring a surprise during the long-distance races at Sundown, Bathurst, and the Gold Coast.

"I am looking forward to Sandown and seeing our retro livery hit the track to celebrate the 50th anniversary of Holden's first Bathurst win," said Bright.

"I may have been slotted in late, but I feel like [team owner] Charlie [Schwerkolt], Lee and the team have been generous with the track running I received at The Bend.

"Now going to a track I am familiar with, I am sure we can surprise a few people.”

Erebus Motorsport is set to unveil its own throwback paintwork this coming Sunday.