Ford's new Mustang will run a tweaked aero package in Perth this week thanks to a controversial parity adjustment made by Supercars. We take a detailed look at the changes.

Despite having its original aero package deemed legal coming into the season, a dominant display so far this year – particularly on high-speed circuits like Phillip Island and Albert Park, has led to Supercars clipping the Mustang's wings.

The most visible change is the rear wing endplates.

The comically large original units caused a stir when the Mustang first broke cover last year, and have been considered by many as a key feature of the car's perceived mid-corner downforce advantage.

Unsurprisingly the endplates were a key target of the parity adjustment, the initial announcement confirming they'd be reduced in size. Tickford Racing boss Tim Edwards offered up the first look at the new endplates on Instagram late last week, the image (see above) suggesting that the new units don't extend as far down the boot as the old ones did (see below). 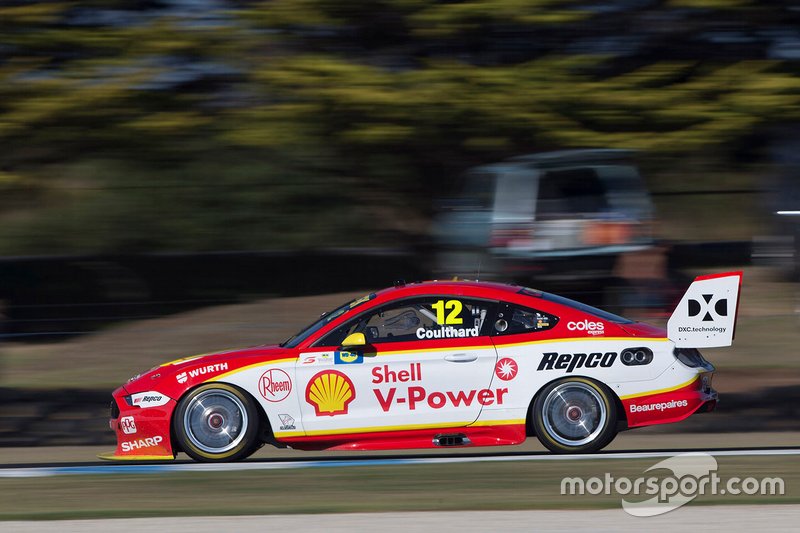 According to Jake Boxall-Legge, technical editor at our sister title Autosport, the length of the endplates would indeed be able to affect yaw performance.

On a car, you get these massive flow patterns called 'trailing vortices' off the back, and these might shift around during the corners when the car's under yaw. So that means the rear wing's creating less downforce as the different air pressures are mixing with those vortices.

Extending the endplate downwards helps to keep the high pressure on top and the low pressure on the bottom, stopping that mixing. So now it's shortened, it means the bottom section of the rear wing, mounted to the boot, is going to be more affected by that trailing vortex.

The other changes to the Mustang are a lower gurney flap and a shorter undertray.

The former will result in a straightforward loss of downforce on the rear wing, with distribution of high pressure over the top of the wing compromised.

As for reducing the length of the undertray, Boxall-Legge says: The car's not going to be quite as resistant to any effects of lift at the front end, as more high-pressure air might drift underneath the car – which is not ideal for downforce levels in the corner.

Clipping the downforce should also reduce the Mustang's drag, perhaps bringing it closer in terms of straightline performance to the ZB Commodore, which is considered the slightly slipperier of the two cars. 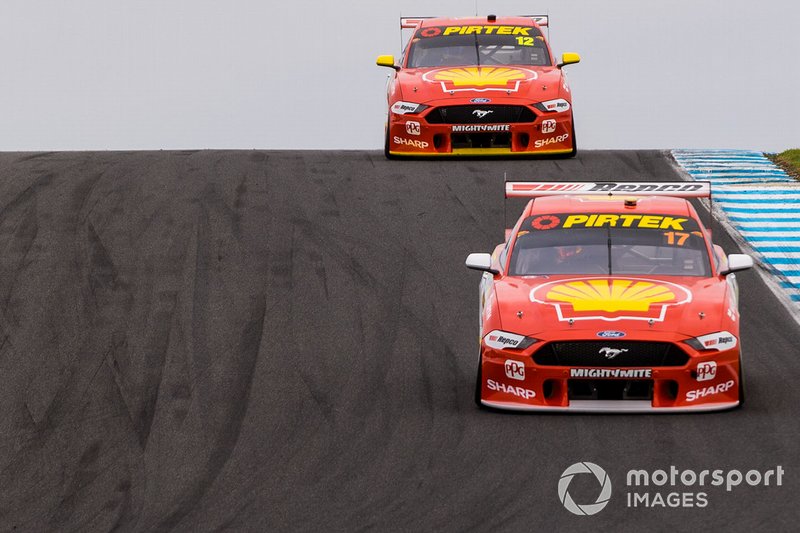 Why Supercars had to hobble a technically legal Mustang