Tekno closing in on driver decision 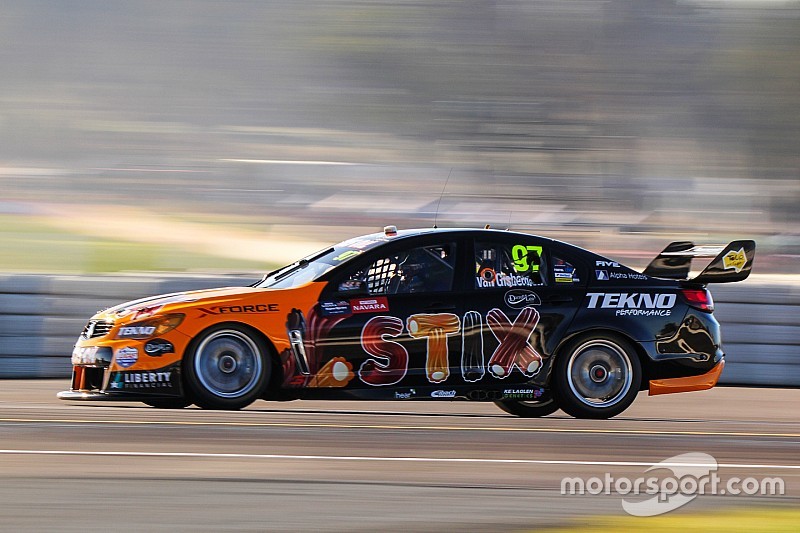 Tekno Autosports is looking to make a decision on who will replace Shane van Gisbergen sooner rather than later, with the team to sit down together “in the next month or so” according to owner Jono Webb.

The single-car V8 Supercars squad will lose its driver at the end of the season, with van Gisbergen joining Craig Lowndes and Jamie Whincup at Triple Eight Race Engineering.

The seat is considered one of the hottest on offer for 2016; with a close technical tie-up with Triple Eight and veteran engineer Steve Hallam at the helm as team manager, Tekno has been a front-running team for the last two season.

According to Webb, the team has spoken to “everyone” as it kicks its search for a new driver into gear.

“Where we go, what we do, and how we fill it; we know who’s on the market, we’ve spoken to everyone up and down pitlane, whether they’re a real candidate or not, just to understand where everyone is at,” he told Motorsport.com.

“Now, it’s in the next month or so when we’ll sit down and work out which direction we want to go as a team, and see who will best suit that.”

Nearly all of the drivers on the market for 2016 have at some point been linked to the Tekno seat, with the likes of Fabian Coulthard, James Moffat, and Nick Percat all considered to be candidates to replace van Gisbergen.

Webb says it’s flattering that the family-run team has morphed itself into a big player in the silly season game over the last few seasons.

“It’s nice that we’re in that position,” he said.

“From where Tekno started, only four years ago as a little one-man-band with me at the wheel, to turn it over and have one of the hot seats on the market is nice. It’s a credit to the boys that we’ve got to this point.”

Webb also debunked rumours that his Racing Entitlement Contract could be on the move, even shifting in-house at Triple Eight to facilitate the van Gisbergen move.

“At the moment, other than changing the driver, everything should keep rolling on,” he confirmed to Motorsport.com.

Courtney: V8s are the world’s best