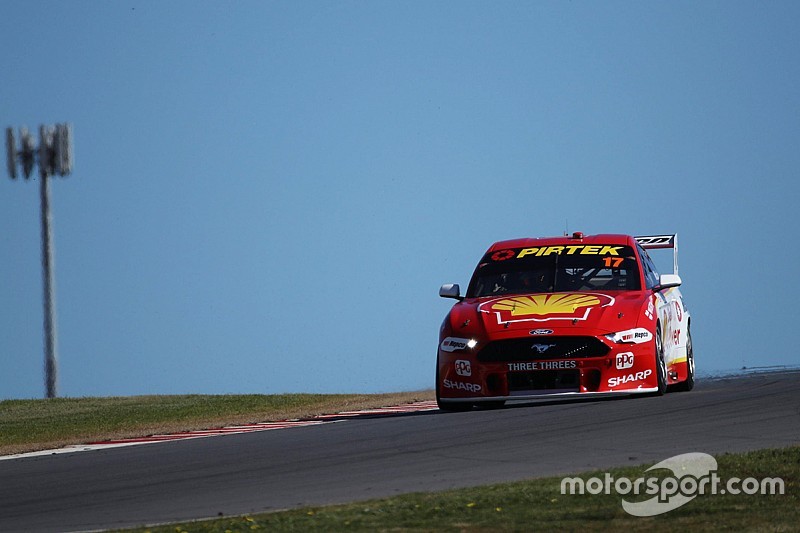 The DJR Team Penske driver landed a hammer blow just 11 minutes into the session, his 1m49.798s putting him more than a second clear of the field.

The likes of Tim Slade and Lee Holdsworth did manage to close the gap down to a little over three tenths, however nobody could go close to knocking the points leader off top spot.

Brad Jones Racing driver Slade ended up best of the rest, using green tyres to set a 1m50.158s on his final run.

Holdsworth was next with a 1m50.177s, while main series debutant Thomas Randle – who did a 1m49s lap in this morning's additional drivers session – impressed again to grab fourth spot with a 1m50.326s.

"That practice session was really good, I think we were running top five there on the old tyres and then we actually did a green run just to give me more experience," Randle said.

"I kind of had a massive inside front lock into six and lost a bit of time, but it’s just awesome to be here and to be out there with those guys felt really cool and just surreal."

Cam Waters and Will Davison made it a Tickford lockout between positions three and six, while David Reynolds was the second best Holden in the field in seventh.

Macauley Jones capped off a promising morning for BJR in eighth, followed by Chaz Mostert and James Courtney.

There wasn't a single Triple Eight Holden in the Top 10, Shane van Gisbergen the best of the Red Bull-backed cars down in 12th.

His teammate Jamie Whincup, meanwhile, was just 19th quickest, while Fabian Coulthard was another surprise Top 10 omission in 14th.