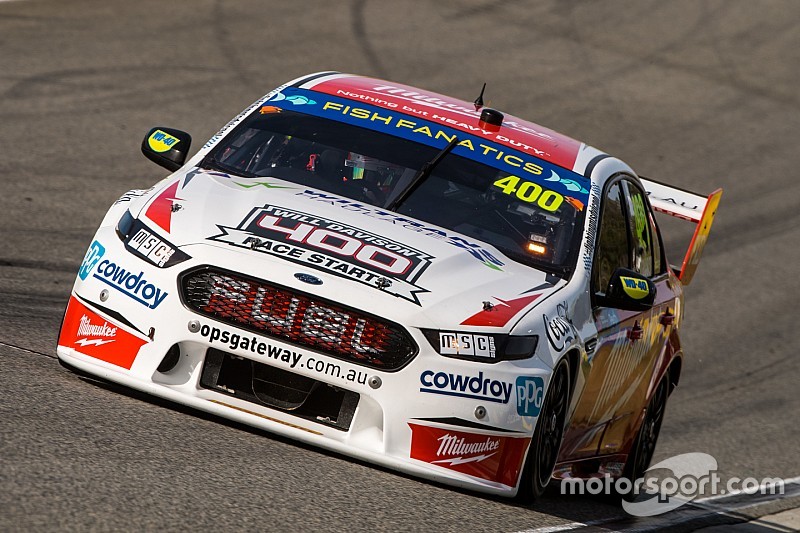 Tickford Racing has confirmed that it will team up with 23Red Racing to run a fourth Mustang in Supercars next season.

The deal will see the single-car 23Red squad move from its current Kilsyth base into Tickford Racing's Campbellfield workshop, building on a customer relationship that started with 23Red buying a Tickford chassis for Davison to race this season.

It also restores Tickford's status as a four-car team, the 23Red entry replacing the Tickford-owned Racing Entitlements Contract that was handed back as of the end of the current Supercars season.

“We’ve built a strong relationship with them over the past year, and we expect to continue to build on that as we bring our teams together.

"We think his involvement will help us get back to the success we’re accustomed to having and we look forward to achieving that success together."

In what was a difficult season for Tickford hardware, Davison ended the season 15th in the standings, ahead of two Tickford regulars Cam Waters and Richie Stanaway.

According to Munday, the Tickford tie-up is about taking the next step, while retaining the identity of his own squad.

“As a new team owner, I came into this sport to strive for continuous improvement and establish 23Red Racing in the series,” Munday said. “But being a single-car team it is extremely challenging to achieve top results.

"With this in mind, I have decided to join forces with Tickford Racing as a customer to ensure we can continue to grow and achieve higher success."

The move brings Davison back to the Campbellfield fold, following a three-year stint with what was then known as Ford Performance Racing commencing in 2011 and ending with third in the series in 2013.

“Having Will back is great for all of us,” added Nash. “He’s obviously done some great things in our cars in the past and has shown when given a strong car he can still compete.

"We look forward to giving him the opportunity to have more success in our garage from 2019.”

Tickford Racing is no stranger to using a customer REC as a fourth entry, having fielded a car for Charlie Schwerkolt Racing in 2013 and 2014 before running the Super Black Racing entry in 2015 and 2016.

For the 2017 season Jason Bright moved his own REC over to Campbellfield as a fourth car, before being ousted at the end of the year to make way for Tickford's own fourth REC, purchased from LD Motorsport to run Richie Stanaway.

Handing back a REC for 2019 opened the door for the 23Red deal to come together.

The driver line-up is yet to be sorted, however, with question marks over Richie Stanaway's future with the team. It's understood that Lee Holdsworth and Jack Le Brocq are favourites to replace Stanaway if he and the team part ways.