Tickford moving on after Stanaway tiff 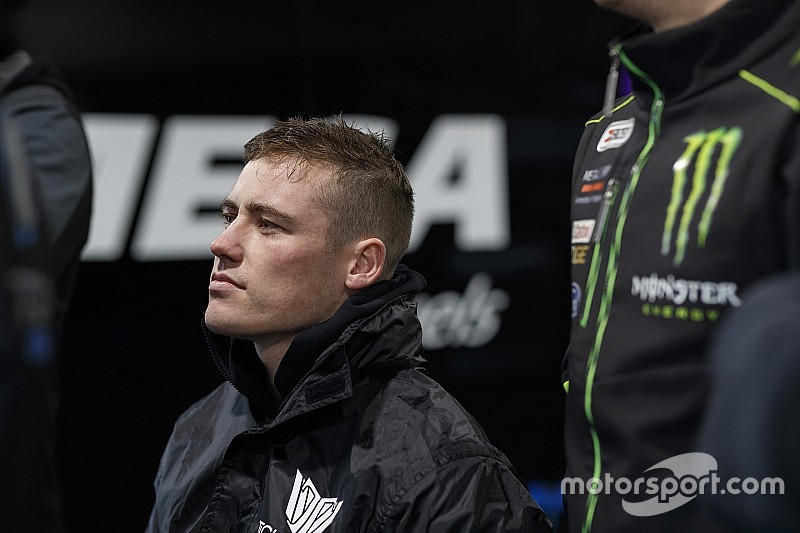 Tickford Racing boss Tim Edwards says both he and driver Richie Stanaway have moved on from their drifting-related tiff in Townsville.

Stanaway and Tickford management clashed over some late race antics from the Kiwi, frustration over a mis-matched set of rubber fitted during a late stop leading to Stanaway putting on an impromptu drifting display.

While Stanaway's skids had the crowd on its feet, what was seen as needlessly sitting the engine on the rev limiter didn't go down well in the Tickford garage.

He was bluntly told to knock the drifting off over the radio, before Stanaway and Edwards 'vented' to each other post-race.

Edwards has since moved to quash any idea of a growing or lasting rift between the team's rookie star and its management, claiming that everyone concerned had moved on by Sunday.

"We talked about it straight after the race [on Saturday]," said Edwards.

"He vented, I vented but at the end of the day he was frustrated.

"For a lap entertained the crowd, and was told ‘settle it down’ – more by our engine blokes than anyone else, when it’s bouncing off the valves.

"He was frustrated, we understood why he was frustrated. When he thought we were coming in for tyres at the end he thought a set of greens were going on and he was going to charge through and win the race. But when you’ve got six sets of tyres for the weekend, the best you could do is whack on a whole load of front tyres that have cooled down and pressured down and cross your fingers and hope they’ll be better than what you took off.

"He was certainly a crowd favourite; the race was getting a bit boring and he got everyone around the last third of the lap on their feet, cheering him on.

"He entertained the crowd while he blew off a bit of steam."

Stanaway came into the 2018 Supercars season considered the best of a bunch of top rookies, expectations on the GP2 race winner high given his extensive overseas CV and the fact that he and Cam Waters combined to win last year's Sandown 500.

However the series has proven a tough nut to crack for Stanaway, his cause not helped by Tickford's general lack of form so far this year.

As it stands his only result of note is a ninth on the Sunday at Winton, which is Tickford's test track and therefore the first time Stanaway took any prior circuit knowledge into a race weekend.

While Stanaway's struggles have come as a surprise to some, Edwards is adamant that both he and his star signing were under no illusions coming into the season.

"Richie and myself talked about that before the season started. We were both realists that it was going to be tough coming into the championship," he said.

"He, like me, knew that he was racing largely against co-drivers last year. He did a fantastic job, but it’s a different kettle of fish and you’re also turning up to circuits that you’ve never been and you’re racing blokes that have been there for a decade, have got their little bag of tricks, they know which kerb to hit, which white line to avoid, et cetera, et cetera.

"He’s on the back foot and that’s probably compromised him, certainly in qualifying pace.

"There’s glimmers of hope there. We went to Winton and there was an expectation that he’d do better there, because he’d actually been there before – and he proved us all right, he was the fastest car there."

Lowndes adamant his retirement not premature