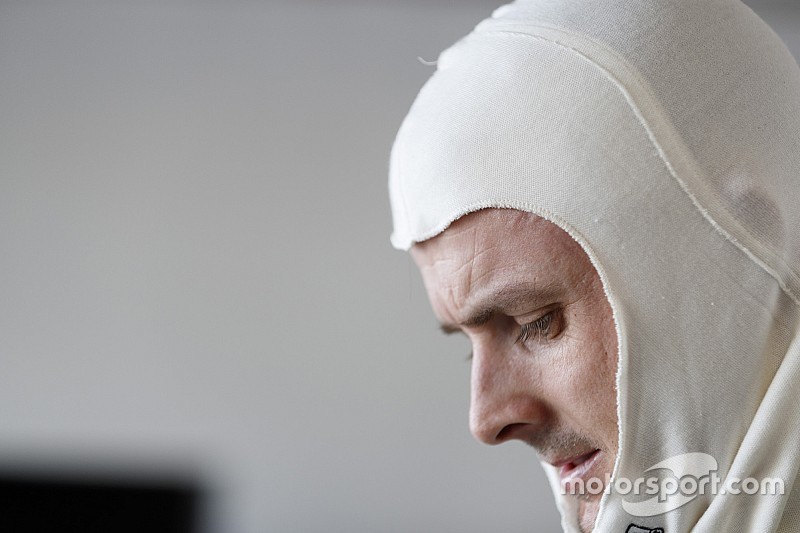 Tickford Racing continues to stay tight-lipped over the future of out-of-contract star Mark Winterbottom, although team boss Tim Edwards says an announcement will come 'in due course'.

The 37-year-old is the only one of Tickford's four drivers without a deal in place for the 2019 season, the spotlight thrust on his future late last week when a report surfaced that he may leave the series and head to Brazil for Stockcars drive, having dabbled in the series as a co-driver.

Winterbottom subsequently laughed off that idea during the Sydney SuperNight TV coverage.

When quizzed by Motorsport.com on the status of contract talks with Winterbottom, Edwards kept his cards close to his chest.

"All will be revealed," he said. "You'll be enlightened into what our plans are in due course."

While he's not won a race since November 2016, and currently sits 13th in the standings after a poor first half of the season for the squad, Winterbottom's ongoing fan appeal was highlighted during the driver introductions ahead of last Saturday's Sydney SuperNight.

The Western Sydney local drew one of the biggest cheers from the 20,000-plus strong crowd during the pre-race hype session, arguably only out-shadowed by retiring legend Craig Lowndes.

Having not been drawn on Winterbottom's future, Edwards was happy to have a laugh over another rumour regarding a Tickford driver – Chaz Mostert's supposed switch to Triple Eight.

Speculation that the star driver may defect to T8 as a Craig Lowndes replacement was fuelled by an odd remark during the Queensland Raceway TV coverage, Mostert talking about the weather rather than answering a direct question from Fox Sports' Chris Stubbs about his future.

"You've all been on a fishing expedition for the last few weeks about Chaz thinking he was going elsewhere, just because he was having a laugh with you all," he said.

"All Chaz said was 'the weather's nice today'. Ask a silly question, get a silly answer.

"He wanted to call a press conference and his actual words were going to be 'I like tofu'."

Winterbottom had a rollercoaster weekend in Sydney, looking sharp in night time practice with the second quickest time behind Mostert, but failing to show much speed beyond that.

Having missed the Q3 cut in qualifying, he finished the race way down in 15th, second best of the Tickford Fords but seven spots back from Mostert.

According to Edwards, his pace was limited by suspected broken front tyre cords – a recurring problem for Winterbottom.

"Frosty was good [on Friday night], but he's quite sure he's had issues with front tyres in the race," he said.

"Ten laps into the stint and all of a sudden it feels to him like a cord has broken again.

"He seems to be very sensitive to that, more so than other drivers. You don't hear other drivers talk about it, but he tends to know when he's broken one. That may explain his pace at the back end of some of the stints."

How night racing helped Sydney fall in love with Supercars