Tickford Racing will run a classic blue stripe look on Mark Winterbottom and Dean Canto's Falcon at the Bathurst 1000 next week. 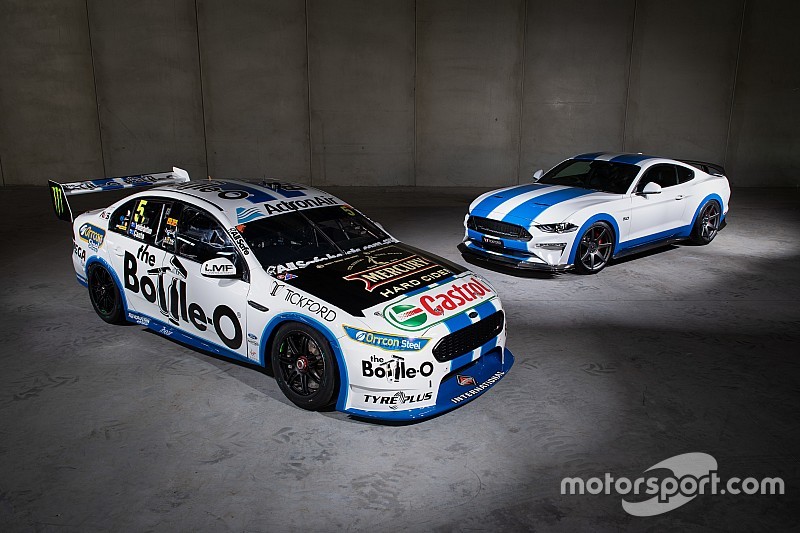 In what will be the final Great Race for the enduring Falcon line, the Ford squad will run a white-and-blue livery on car #5 that is reminiscent of the famous XC Falcons from the late 1970s.

The new look also coincides with the launch of the 400 kilowatt TSV-535R Mustang enhancement package being offered by Tickford's road car tuning arm, which itself features the blue stripes.

Tickford co-owner Rod Nash thanked main sponsor The Bottle-O for relinquishing its corporate colours and letting the Winterbottom Falcon go from green to blue for Bathurst.

“We’ve enjoyed a fantastic partnership with The Bottle-O and are thrilled with this new project and the new look of The Bottle-O Ford,” said Nash.

“To tie in our racing partnership with the vehicle enhancement business adds another dimension to our relationship, and we thank The Bottle-O for their willingness to join us in this endeavour.

"The design is unmistakable as a winning car, and we would like nothing more than to add to that win tally at the Mountain.”

Winterbottom will head to Mount Panorama looking to add to his 2013 triumph, while co-driver Canto is still on the hunt for a first Bathurst crown.