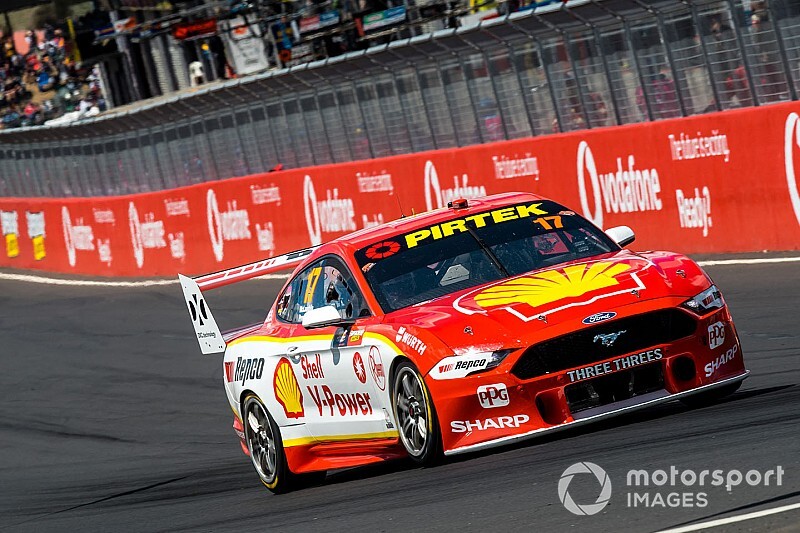 Next up on our countdown of the biggest stories in racing is the bitter row that engulfed the Supercars paddock after DJR Team Penske's Bathurst 1000 victory.

What should have been a fairytale Bathurst 1000 win for DJR Team Penske pair Scott McLaughlin and Alex Premat was overshadowed by accusations of cheating and a record-breaking $280,000 worth of fines.

By the time the annual trek to Mount Panorama rolled around there was already a simmering tension between DJR Team Penske and much of the paddock. The all-conquering Ford Mustang had ruffled plenty of feathers, rivals convinced that it was capable of producing far too much mid-corner grip, particularly in high-speed sections.

But as bitter as the parity feud was, it was nothing compared to the fall-out from one of the most controversial Bathurst 1000s of all time. And it all started with the now infamous go-slow order.

On Lap 130, with Jamie Whincup and McLaughlin leading the way, the Safety Car was called to recover a stranded Alexander Rossi from the sand trap at the last corner.

Fabian Coulthard, running third in the second Penske Mustang, had the leaders in his sights as the SC was called, before dropping way, way back over the course of the lap, causing a bottleneck of angry drivers behind him.

It initially looked like a standard case of trying to avoid the double stack, but that wasn’t what had rivals teams fuming. Instead it was the fact that holding up the field had masked a moment of strategic vulnerability for both McLaughlin and Whincup.

With a number of cars having stopped during the previous Safety Car period to pick up a fuel advantage, the two leaders risked dropping to the back of the top five with the timing of that Rossi caution. Until, of course, Coulthard’s intervention built a window big enough to negate the advantage of anyone behind.

The saga was accompanied by a comical radio exchange between Coulthard and his engineer Mark Fenning, who stressed that he didn’t know where the incident was and mispronounced the word ‘debris’. At the very same time, the other side of the same garage was telling McLaughlin to push as hard as he could to pitlane entry.

The fall-out wasn’t pretty, Erebus boss Barry Ryan the most outspoken when he labelled the team’s actions as “blatant cheating”.

The results were left provisional until the following weekend, when a hearing found DJRTP guilty of an Obligation of Fairness breach. The team was slapped with a record $250,000 fine, $100,000 of which was suspended, and stripped of its teams’ championship points for the round. But McLaughlin and Premat’s win stood.

Four weeks later, on the very day McLaughlin wrapped up the 2019 Supercars title at Sandown, a second Bathurst controversy emerged.

This one stemmed back even further than the first. It technically began on the Saturday evening at Bathurst; fresh from Scott McLaughlin taking a lap record-shattering pole in the Top 10 Shootout, DJRTP requested permission to fit a new engine to the #17 Mustang after spotting some concerning irregularities in the data.

The engine was immediately sealed and added to the list of units that would be subjected to post-race checks, a list that would later also include McLaughlin’s race-winning engine.

When completed weeks later, the checks revealed that the race engine was fine, but the qualifying engine exceeded the valve lift tolerances. Cue an even more spectacular fall-out, as officials were left with the tricky situation of trying to penalise a car that had qualified with an illegal engine, but won with a legal one.

The outcome was a $30,000 fine, McLaughlin and Premat being stripped of their Bathurst pole, and, curiously, being put to the back of the Sandown grid. But the final Bathurst race result was again left unchanged.

The double Bathurst drama didn’t just see the team drop off a number of Christmas card lists, it also caused a rift between McLaughlin and much of the driver group.

On that Sunday evening at Sandown McLaughlin referred to the paddock as “toxic” when explaining why his title-winning celebrations were so subdued.

He and Scott Pye then did battle on Instagram over the matter in Newcastle a fortnight later, forcing Supercars CEO Sean Seamer to personally intervene with a warning to teams and drivers about responsible social media use. 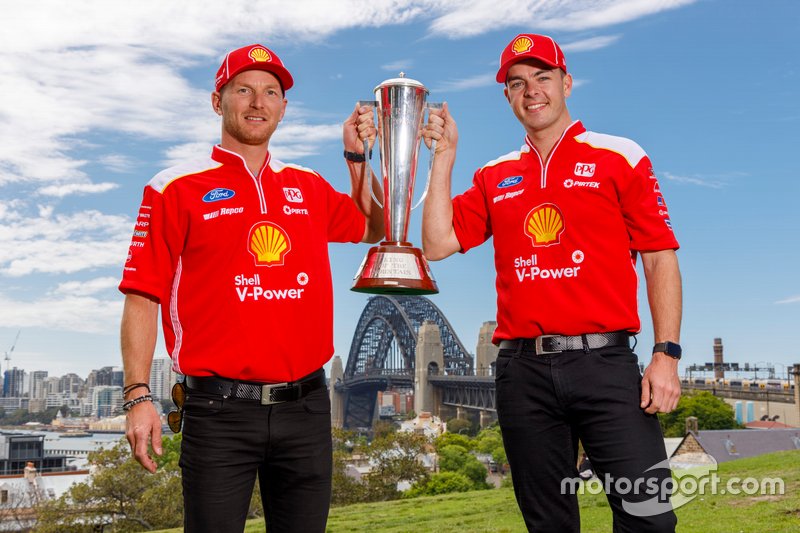