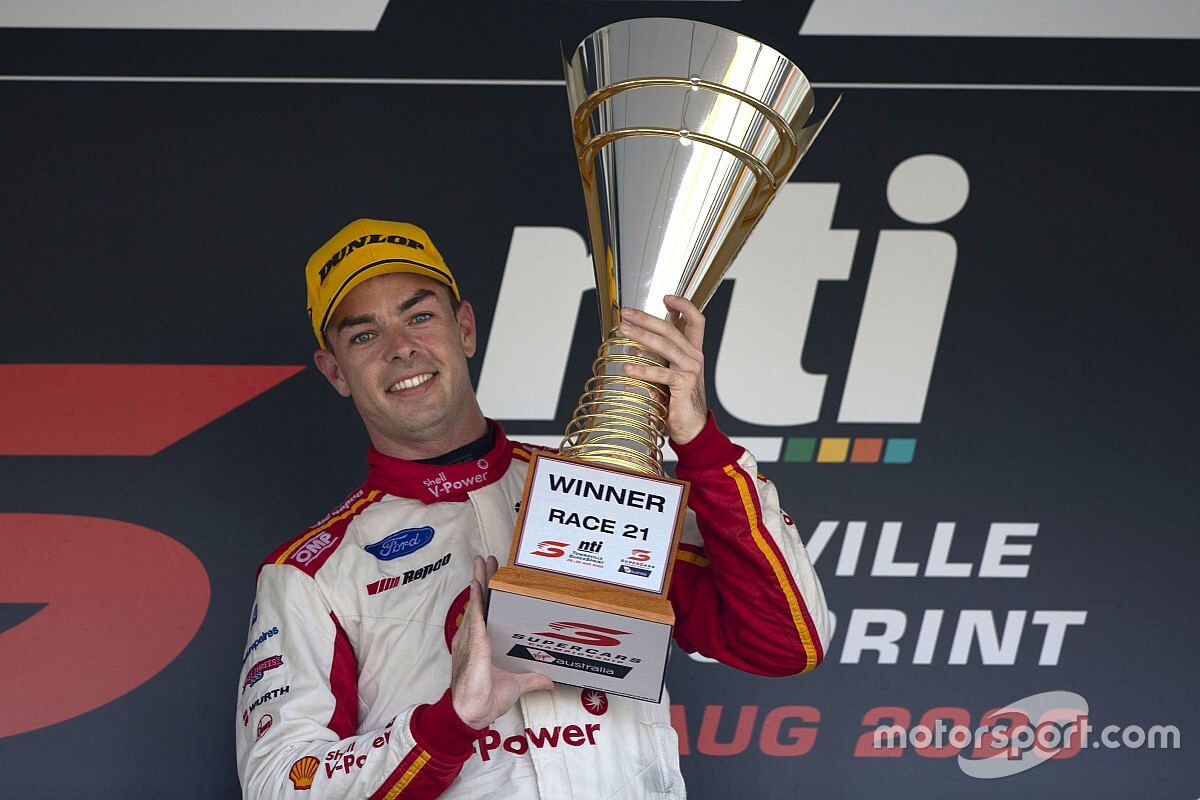 Scott McLaughlin fended off Cam Waters to win the final of three sprint races in Townsville.

McLaughlin and Waters were inseparable for much of the 39-lap race, the latter looking the faster of the two at times, but unable to find a way past.

Waters briefly dropped back to third at the start, out-gunned by a quick-launching Nick Percat into Turn 2. The Monster Ford charged back down the inside of Percat at the same corner a lap later, though, and quickly set about hunting down the leader.

The gap between McLaughlin and Waters hung around the 1s mark for most of the stint, easing out to 1.2s right before the Tickford driver took his mandatory service on Lap 16.

McLaughlin followed suit a lap later, taking on three tyres to Waters' four and emerging with about the same lead he'd taken into the stop.

It was in the first half of the second stint that Waters looked particularly quick, parking under McLaughlin's rear wing and even hinting at a move at Turn 2 on a number of occasions.

But McLaughlin was flawless in his defence, Waters eventually calling off his attack and letting the lead blow out to 4.1s at the finish.

"It was an awesome battle with Cam, he was fast," said McLaughlin. "We've got a little bit of work to do, but I'm really happy. To get a win on a tough weekend is a great thing."

Waters added: "I gave Scotty absolutely everything I had then, but I couldn't get him to make a mistake. Second was all we could do, but there's lots of pace in this car. Full credit to Scotty, he drove awesome in that race."

Jamie Whincup capped off a solid weekend with a third to go with his two wins, his strategy to run long and only take on two tyres at his stop. While he dropped points to McLaughlin in the race, Whincup's weekend effort was still a net gain in the title fight – the points gap down from 177 to 123.

Brad Jones Racing pair Percat and Todd Hazelwood finished fourth and fifth, while Scott Pye was another driver that went long in the first stint and then charged home on good rubber, which helped him climb up to sixth.