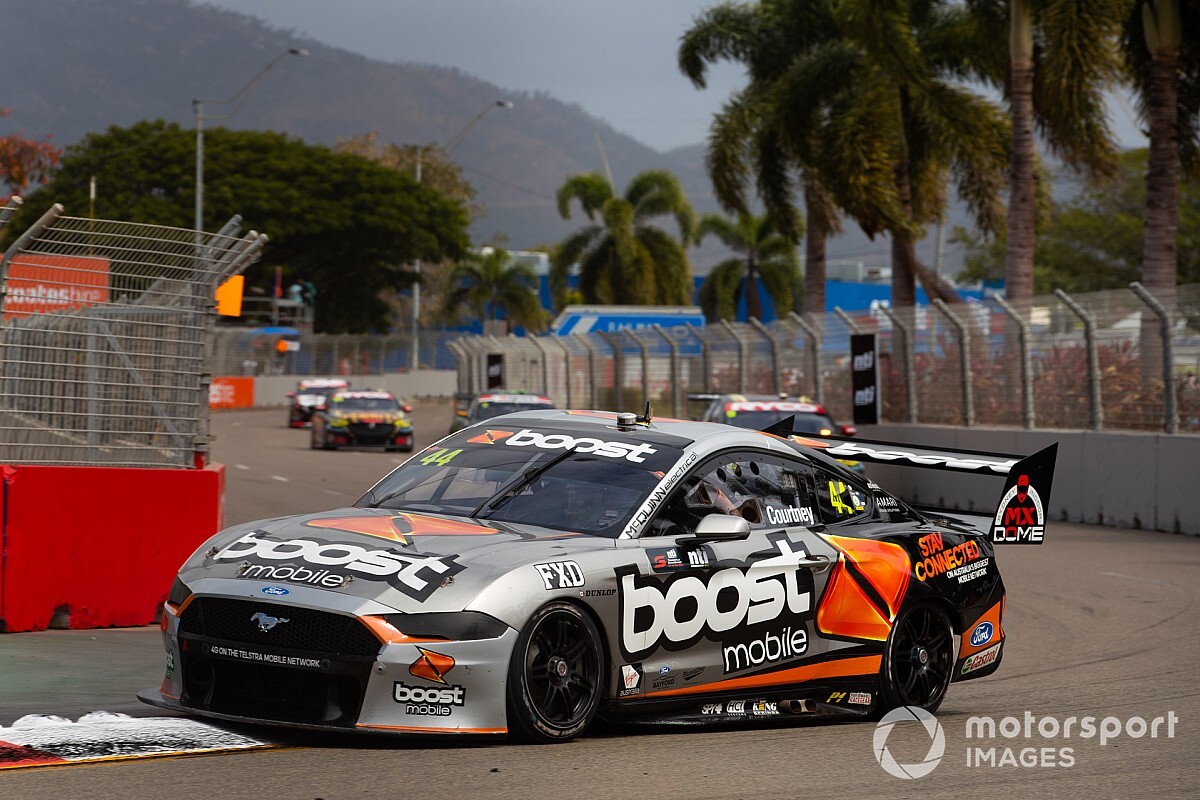 The Tickford Ford driver was best of the green tyre runners at the back end of the session, a 1m12.629s vaulting him to the top right at the chequered flag.

The margins were tight, though, with the top four separated by less than a tenth and 22 of the 24 drivers within a second.

Van Gisbergen finished up just 0.05s behind Courtney with a late quali sim of his own, although he did need two bites at the cherry. He had gone purple in Sector 1 a lap earlier, but ran wide at Turn 6.

Bryce Fullwood was third quickest from Scott Pye, while Chaz Mostert, who'd been on top since the 10-minute mark, slipped back to fifth as more drivers switched to greens.

David Reynolds spent half of the session stuck in the garage thanks to a misfire, eventually remedied with a coil pack change. He immediately jumped into the top five once on track, but slipped back to 11th after not running greens at the end.

Jamie Whincup didn't run a new tyre either and ended up 18th quickest.