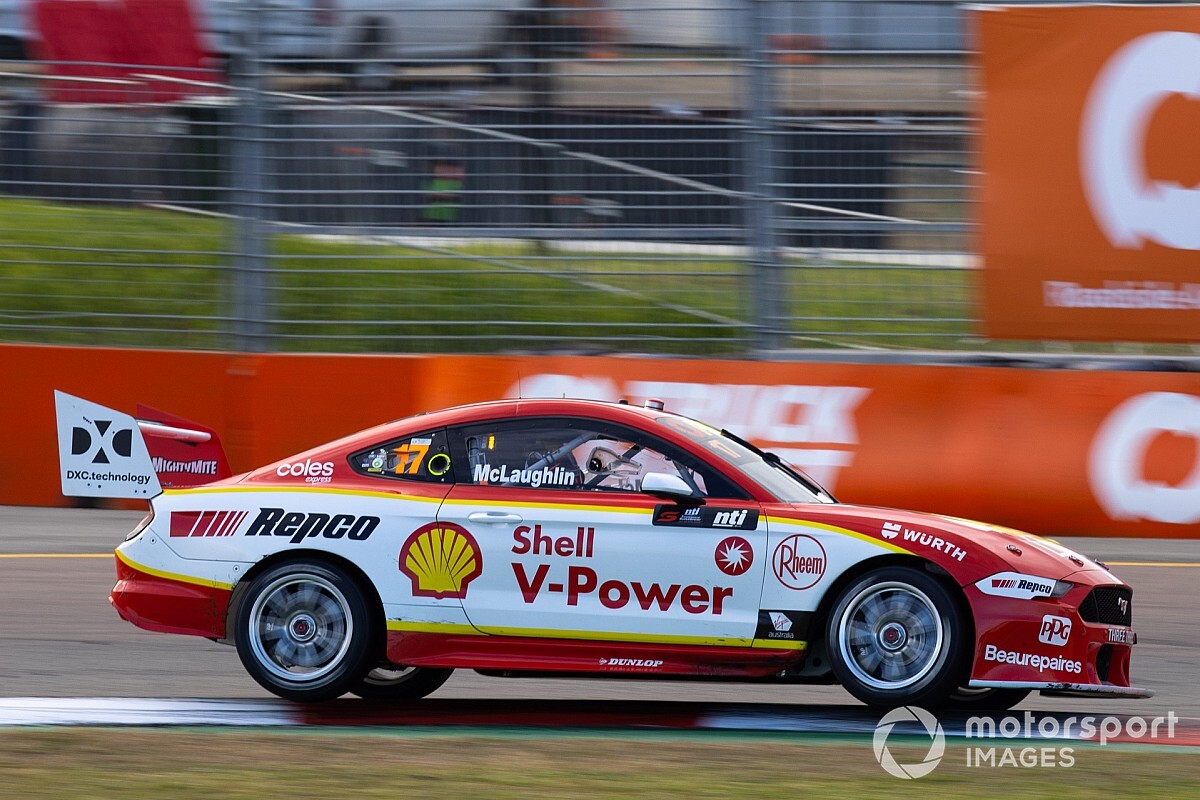 With margins in thousandths throughout practice and the early stages of qualifying, McLaughlin turned up the wick significantly in the Top 10 Shootout.

Running last, the Penske Ford gapped the field by a whopping 0.2s to seal pole for today's 39-lapper – a huge turnaround after missing the single-lap dash this time last week.

"I'm really proud. That was a hard-fought one for the team," said McLaughlin.

"We obviously didn't have the best car last week, but we battled on and found a really good balance today. This is all credit to the guys.

"I've got confidence, I can brake deep and know what I've got. I've got a great car."

The next four positions were all separated by less than a tenth, Shane van Gisbergen falling on the right side of the stop watch to qualify second.

Cam Waters made up three spots in the Shootout to qualify third ahead of Anton De Pasquale, with Chaz Mostert dropping one spot to fifth.

Jamie Whincup was the biggest loser in the Shootout, dumping five spots to end up seventh between Brad Jones Racing pair Todd Hazelwood and Nick Percat.

Jack Le Brocq and David Reynolds will share the fifth row, the latter only making the Shootout with a last-gasp effort in Q2.