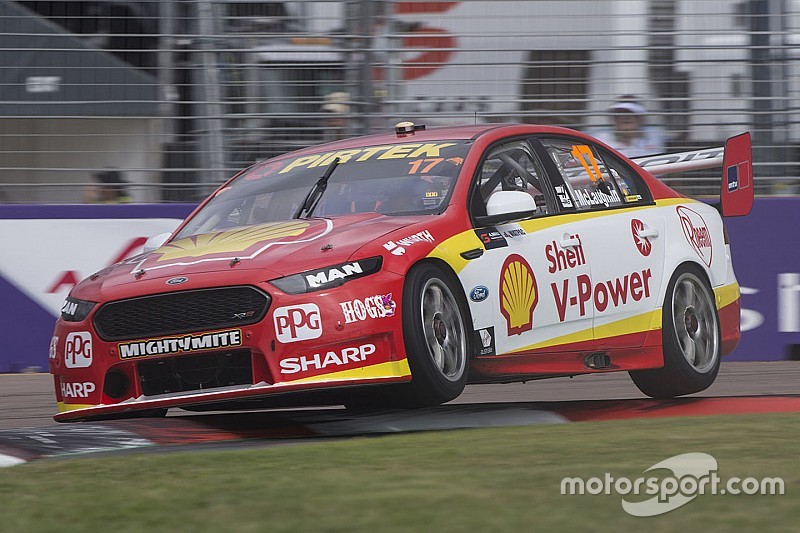 Scott McLaughlin will start from pole for the eighth time this season later today, after eclipsing Jamie Whincup by 0.05s in qualifying in Townsville.

Thanks to the warm, cloudy conditions the track was fastest early in the session, Craig Lowndes diving straight down to a 1m12.389s on his first run.

McLaughlin and Whincup then banked a 1m12.123s and a 1m12.179s respectively to go first and second quickest on the six-minute mark, while Shane van Gisbergen slotted into, a couple of tenths back.

All three did head back out on another set of greens later in the session, but the only to improve was van Gisbergen – and even then not by enough to overrun McLaughlin and Whincup's early times.

"I made a massive blue on the last run there so luckily no one went faster,” said McLaughlin.

“But we have a fantastic car and we’ll just see if we can do it in the race.”

David Reynolds ended up fourth fastest, finding gains through set-up late in the session despite the track not being as quick as it was at the start.

Lowndes was shuffled back to fifth with that early lap, while Mark Winterbottom showed the first signs of competitiveness from Tickford this weekend with the sixth quickest time.

Tim Slade will start seventh, Will Davison eighth, Fabian Coulthard ninth, and Rick Kelly as the best Nissan in 10th.

Lowndes not giving up on elusive fourth title